lesbian erotica is THE DEVIL. no, really.

i'm not kidding.
...i'll wait for the laughter to die down.

okay, so i was idly reading one of my random lesbian erotica compilations, like you do, when i decided i was done reading about it, and would rather act... (this is about 45 minutes ago, by the way.)
so of course, i do what any caring, loving girlfriend would do, if her boyfriend is trying to get some sleep for an early morning job - try like hell to wake him the fuck up.
yeah, that didn't work very well. it's not often i get turned down, but evidently tonight was my night. fair enough; i own vibrators. three, in fact.

only problem is, my #1, favorite go-to vibrator died last week, due to some fun times with Maggie, and i think it's permanently given up the ghost. seeing as it was a $15 vibe i bought 5 years ago.... it's past its retirement date anyhow.
whatever, it's not like i don't have three of them.
except my rabbit... yeah, that fucker is evidently dead, too. didn't find that out until i tried to take it into my shower. i don't know whether it's the batteries or the vibe itself, but i can't find any damn batteries anyhow to test the theory. it's perverse, and takes 3 AA batteries. unlike pretty much any other vibe, ever. i only had 2 good AA's from the one that broke last week.

so you get a good idea of exactly what the fuck i'm talking about, here is some visual aid: 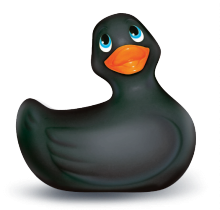 picture this: me, trying like hell to find a phillip's head, running around my shotgun house naked, carrying a rubber duckie. also cussing, loudly and profusely.
yes, my life is sometimes like this. (actually, it's like this quite a lot.) thank the gods for good drapes.

after all this drama, i almost didn't even want to fuck myself anymore - but sometimes it's about the principle of the matter, you know?
eventually i did get things working, and let me tell you - after a brief shower, life is much nicer. but damn, what a lot of work and hassle!

lessons i have learned tonight/this morning:
1. have fresh fucking batteries...always.
2. don't leave duckie submerged in bathroom.
3. fuck it - i'm getting one of those really expensive Lelo rechargeable vibes. i hate this battery tomfoolery anyhow! anyone who would like to donate one of the below items to me will be my eternal friend forever.....
(the impoverished, sex-crazy blogger award? HEH...) 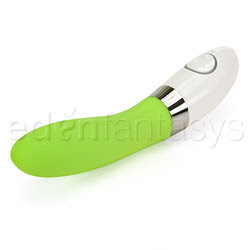 ...and with that folks, i'm going back to bed. to read something that is not erotica.
because y'all, lesbian erotica...that shit can get you into hot water, if you are not adequately prepared. or, say, surrounded by lesbians. learn from my crazy...

also, rechargeable vibrators, i'm pretty sure, are the BEST IDEA EVER. cannot wait to get my paws on one of them.
Posted by Satan at 4:31 AM

<_< That's the story of my life. 5 vibes and all of em break when you NEED THEM RIGHT THEN.