the ghosts of halloweens past... 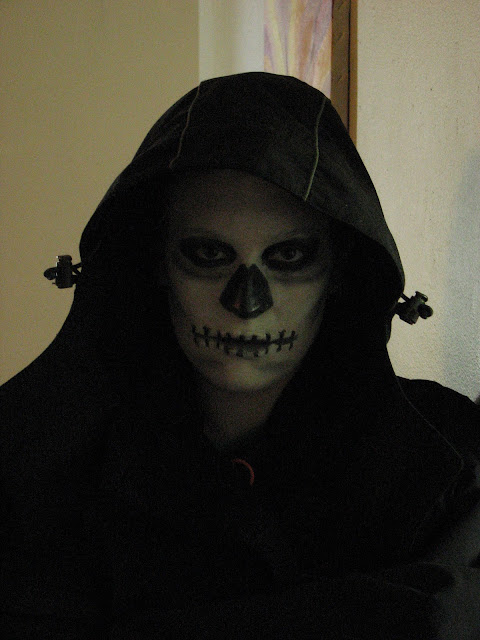 in the past, i've been pretty... ahem... repetitive in my choice of halloween costumes.  i've mostly vacillated between vampire, devil, and black cat for YEARS.
this was one of the few exceptions... 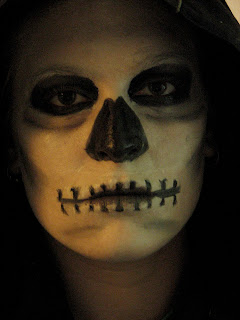 and of course, there were all those years i went as a pirate... and i don't think those years are over just yet - i mean, look at that hat!!! 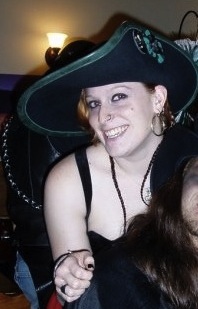 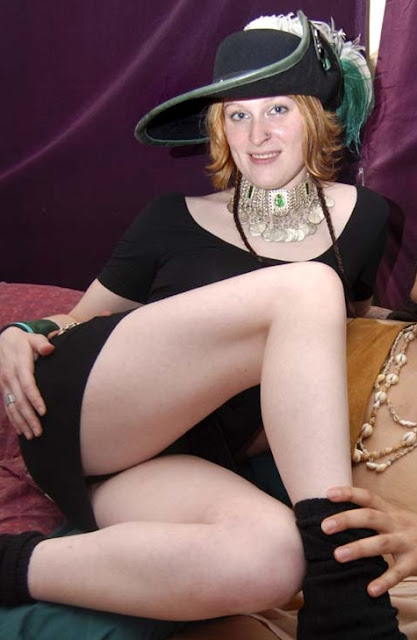 then there's the vampire getting out....  this was at a Vampire ball, so really, what else was i supposed to be? 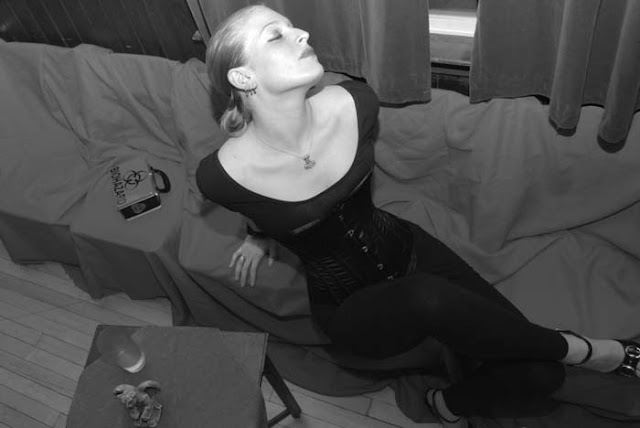 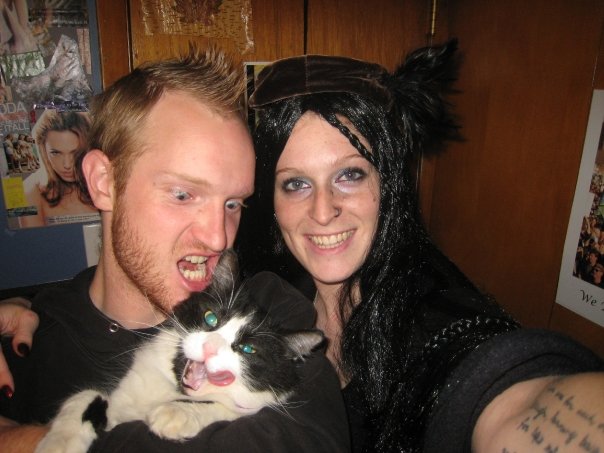 Matt was a doucheboard skateboarder.  the cat was... well, i don't know.  psycho as usual? 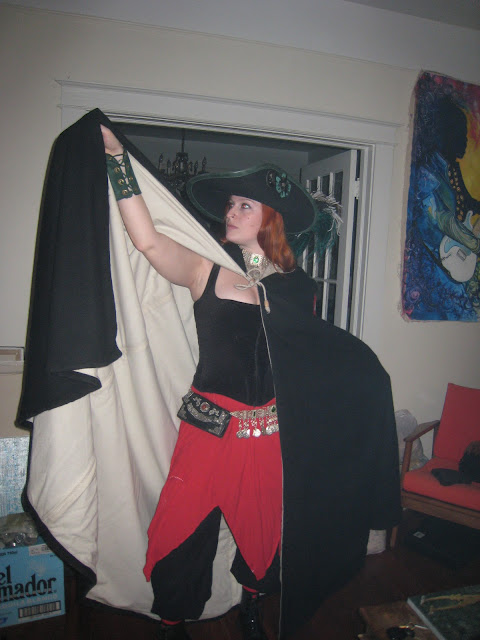 and a pirate again... 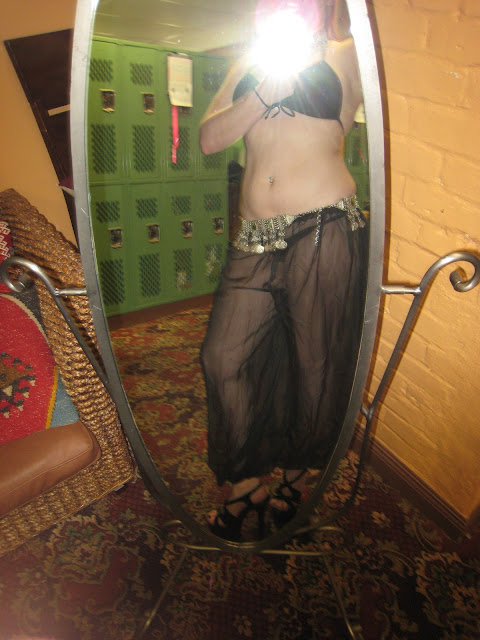 then there was the time i went to the club as a harem girl...
do y'all have any idea how hard it is to get harem pants off when you're trying to pull them off over stripper shoes? yeah. 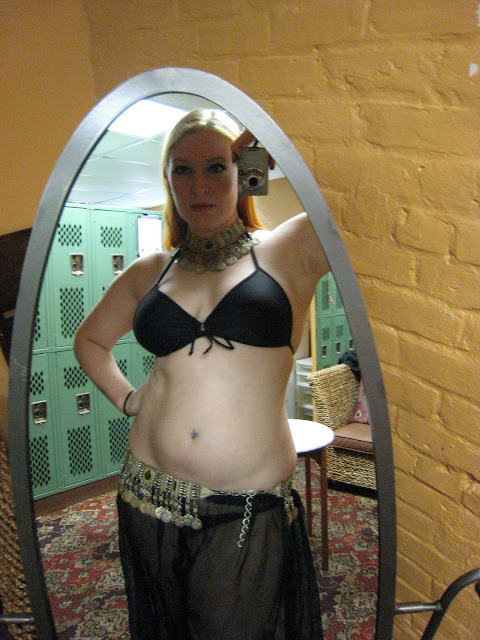 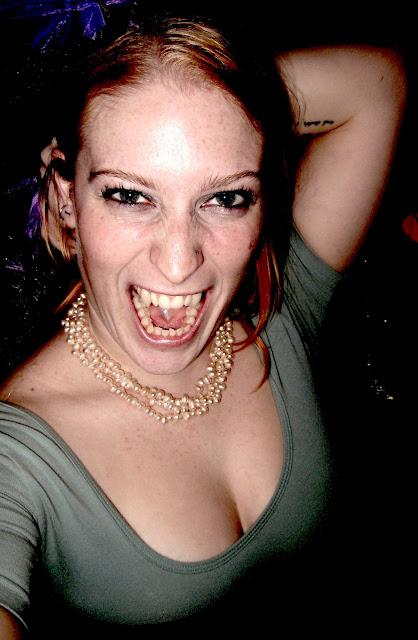 at least in this case, i was a specific vampire - Pam from True Blood. 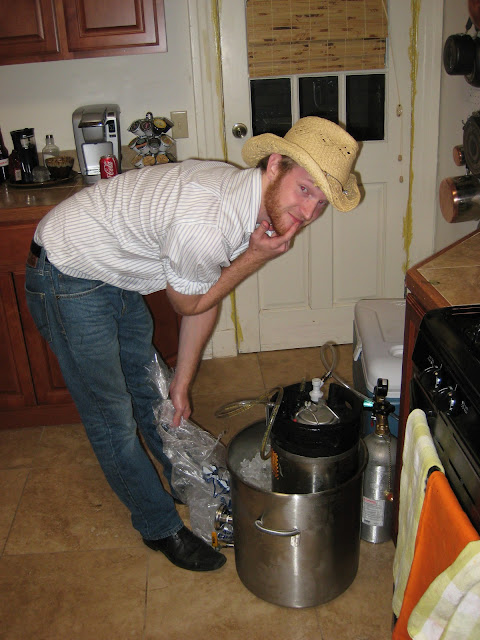 The Matt was a gay cowboy.  he's surprisingly good at that. 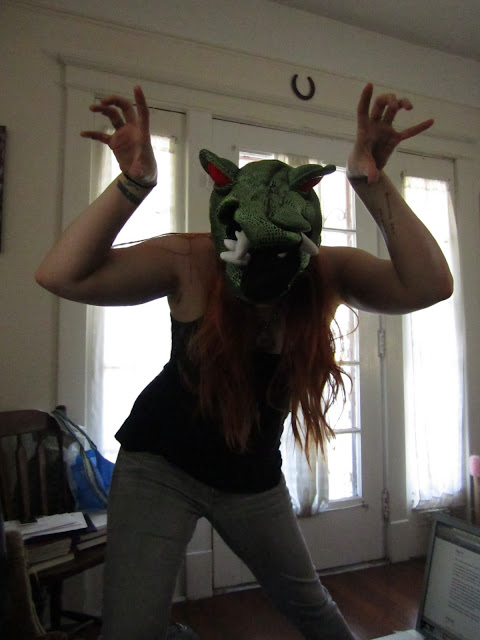 i thought about going as an alligator, but that didn't quite pan out.
THEN i got a GREAT idea for this year, but all our halloween plans fell through, soo...
this year i was kinda boring.  i stayed at home.  and i was a cat. 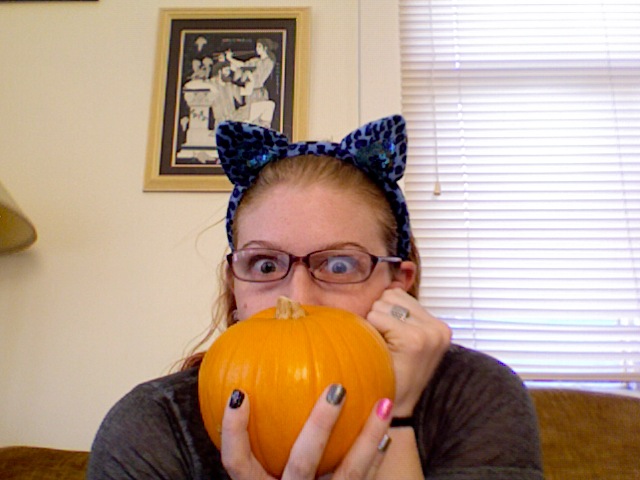 but i was a SPARKLY blue cat, so that counts as being somewhat creative...right?
next year, i have a fantastic idea - of course, i'm not giving it away.  all i'm saying is - it involves a LOT of lace.  a TON of lace.
and my friends will NEVER see it coming.  muahahahahaha!
Posted by Satan at 1:12 PM