I Can Leurn Things... I Thinks.

stay tuned for a completely random list of Shit I Haz Leurned This Week.

My Ass Is Too Big To Fit Under The Bed Sideways.

i know this, because Fuzzbutt has taken to hiding underneath our bed, because we have At Last Relented, and allowed her into the bedroom, despite the fact that i am hideously allergic to cats.
i know.  i'm not smart.
but it's either let her in the bedroom, or have to deal with constant bullshit - ie her coming in and out of the house at all hours of i'm-trying-to-sleep-damnit-fuckyoucat, which is IMPOSSIBLE to prevent, because she has, i shit you not, a meow the same approximate decibel level of an air siren.  and she will NOT give up.
or if it's not that, it's constant scratching at the closed bedroom door, which leads to me throwing her out of the front door in a rage, which leads to her standing underneath the bedroom window and doing that air-siren-yowl thing....
i gave up.  we let her in the bedroom, and now she doesn't do any of that shit at night.  win!

but then... we got a kitten.  yup.  KITTEN!!!   Matt has finally given into MY biological clock, which, unlike most peoples',  screams "I NEED A KITTEN!" every ten years or so.  (more on the amazing kitten later....)

anywho, Fuzzbutt has NOT forgiven us this Cardinal Sin of Loving Other Cats, which has prompted a hell of a lot of pouting underneath our bed. 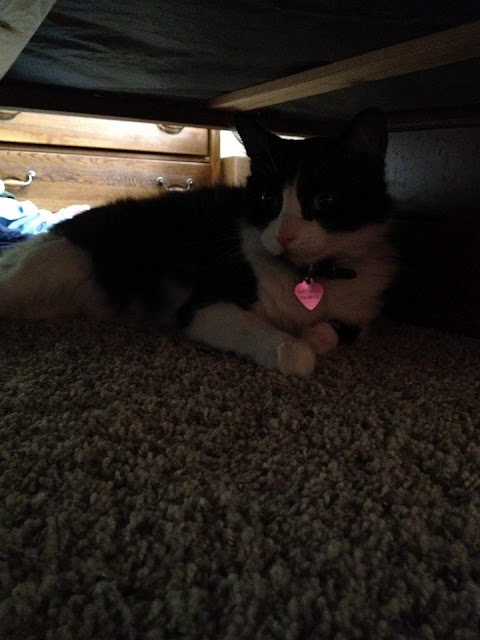 which leads us to the point:  my ass will not fit under the bed when lying sideways.  i have to kinda do a snake shuffle underneath the bed to visit the cat every so often, because i kinda (if only kinda) feel sorry for her, as she has confined herself to our bedroom with a visible air of resentment.  "Fine!  I HATE YOU ALL, and i will Be In My Room.  Assholes."

so i have spent a more-than-normal amount of time underneath my bed, and i learned today, as i tried to roll out, that yes, my hips WILL get stuck if i try that shit.  i truly wish i could have videotaped the process of me trying to get the hell out of the bed.  it was kinda epic.

additional point:  i'm not a fat ass, evidently Matt's ass is also too big to fit under the bed sideways, as he recently learned.  "Mel... help!  The Bed Ate Me!"


My Couch Will Never Be The Same.

due to a combination of things.... my poor, poor couch.  it's on its last legs.
the cushion has... problems.  problems mostly due to us sitting on it constantly, as it is An Antique, and was CLEARLY not made for such things.  but it's got other problems, too.

The Kitten
the kitten, who has a name, but is generally known as Little Fucker, has taken to the underside of the couch like some Nutella to crepes, and has made it her stomping grounds. 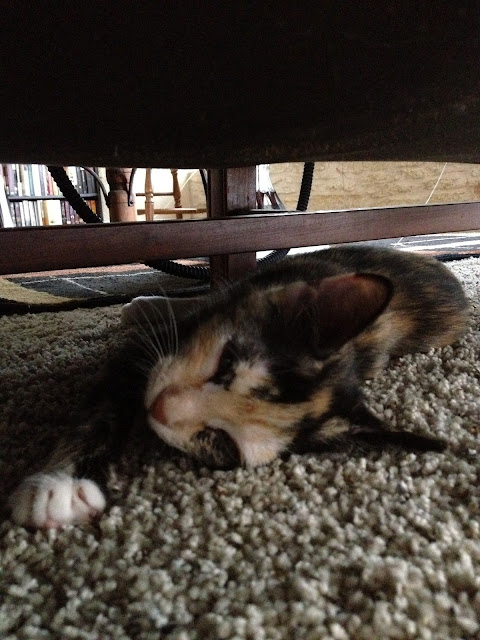 this is generally exacerbated by the fact that Fuzzbutt FatAss can't fit underneath the couch, and so it remains her safe space - as long as she's small enough to squeeze under there, anyway.
she's delighted by the fact that the lining under there has a small rip, and she's trying as hard as she possibly can to enlarge it enough to, i imagine, someday fit in there and eviscerate the couch from the inside.
if that wasn't enough, she's also very prone to chasing her tail (very cute), which has the side effect of creating little claw marks allllll over the couch (Not Cute At All).  because she also has really shitty aim, in trying to catch said tail.

The Coals
just in case the claw marks and ripped lining on the underside weren't enough, we (and by "we" i mean NOT ME, and also not Matt) had a mishap involving hookah coals and burned gold velvet... yeahhhh. 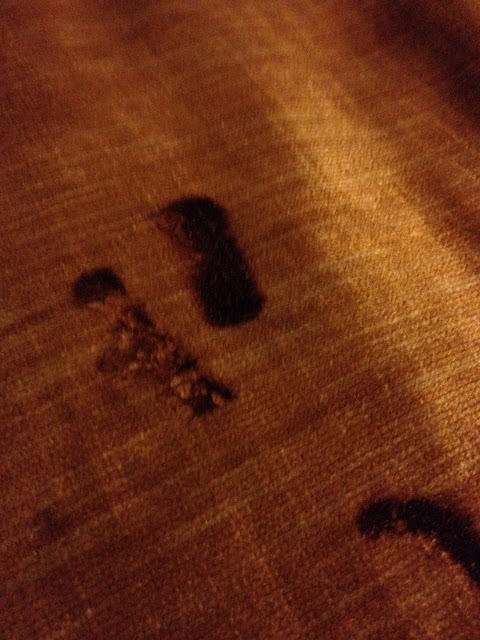 I Forgot How Annoying Kittens Can Sometimes Be.

because they can fit bloody anywhere. 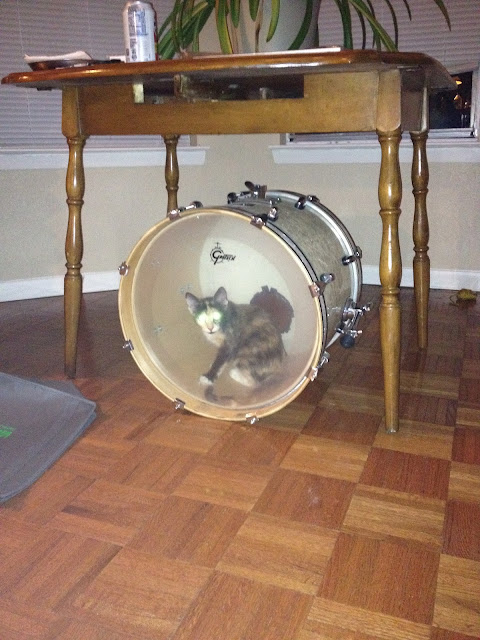 i had a mild twitter-splosion of EEEEW OMG KILL IT WITH FIRE. 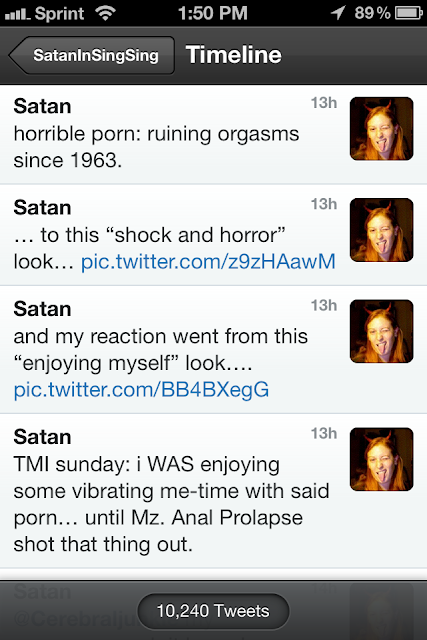 by the way, the Look Of Utter Horror went as follows: 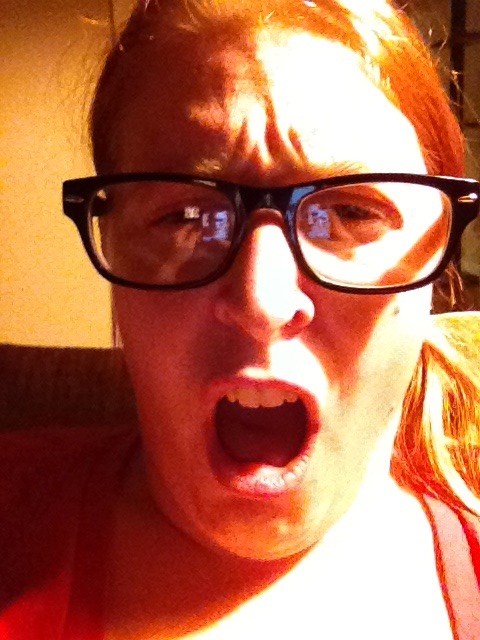 for anyone stupid brave enough to take a look at what horrified MY jaded ass, here you go...

skip ahead to the 14 minute mark if you want to skip the "erg" parts and go directly to WHAT THE HOLY FUCK.

But Mostly Though, Kittens Are Fucking Adorable.

but y'all already know this.  which will in no way prevent my sharing a bunch of pictures, anyway. 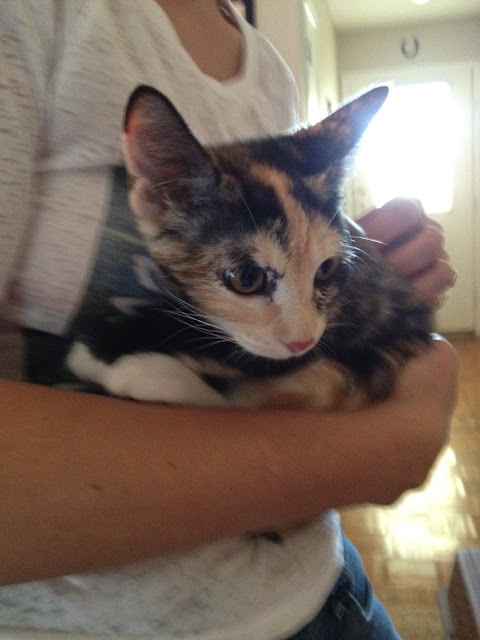 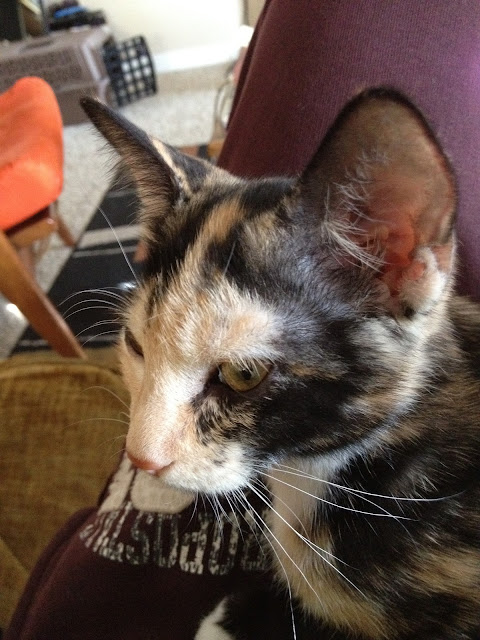 holding still... for once! 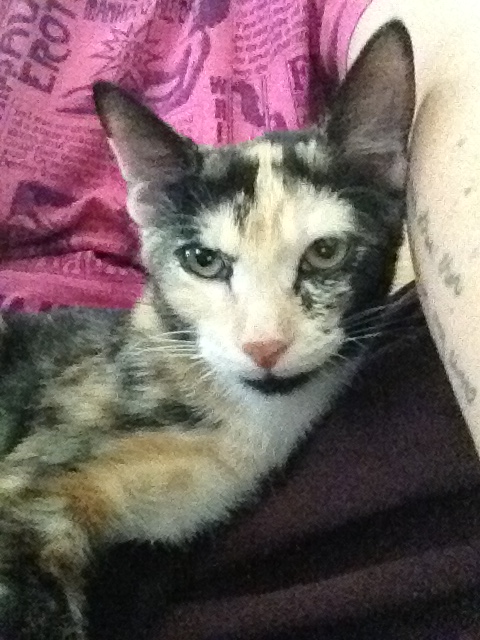 pretending to be sweet... most likely right before she claws the couch. 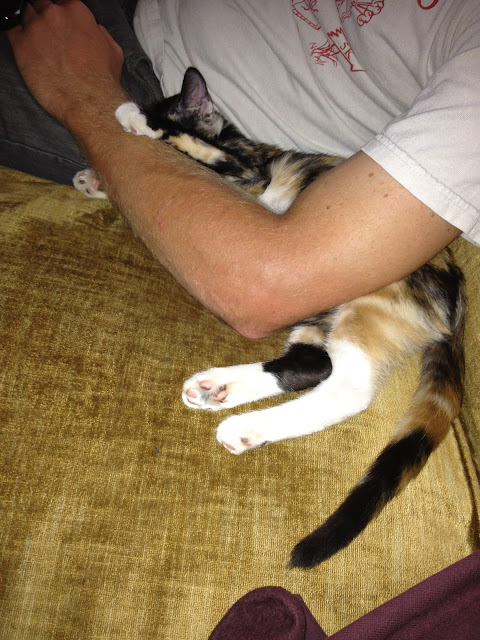 ACTUALLY being the sweetest of sweet.


yes, kittens are great.  now if only i can survive her...

The cat pictures are adorable. I didn't think mat had an ass to get stuck under the bed. It only took me a moment to decide not to 'click here'. If it disturbed you, I'm sure my delicate sensibilities could not handle the imagery.

Nice PUSSY! I too am allergic to cats and dogs--and have 2 cats and a dog. My asthma/allergist dr is NOT happy with this but fuck it. I love those damn creatures more than any human I know. :-)