don't be an asshole!

want to know why you shouldn't be an asshole?
because there are people out there in the world; people like me, who have absolutely ZERO shame.  ZERO.

the other night at yet another wedding gig i encountered a type that i've seen before, occasionally - the wedding crashers.
now, most wedding crashers are just hanging around near me to use the photo booth.  and most of them are reasonable - if told to go away, they go.  simple.
and sometimes, they're really nice, and they take nice pictures and tip you and offer to share their booze, and.... ahem.

these guys?  not so nice.  they were incredibly drunk, and they were crashing someone's WEDDING.  in t-shirts, and jeans.  they were from Holland probably, which i deduced from the fact that they were speaking a language that was not German, Swedish, Finnish, Norwegian, French, etcetera.

they came through the photobooth at first, and i wasn't absolutely sure they weren't wedding guests (i have seen stranger things, after all), so i let them go.
then, i started asking the wedding guests:  do you know these guys?
no.  they definitely did NOT know those guys.

the wedding crashers disappeared for a while, but showed back up even drunker, carrying 40s, and trying to steal an entire 2-liter of diet coke, which is just tacky, okay?

they joined the back of the photobooth line.  i went over, and asked them to leave.
they obviously spoke and understood selective english - meaning they understood me just fine, but pretended not to.

as the two drunken assholes came out of the photobooth a second time (which i unfortunately wasn't able to prevent), the bride showed up, and asked me and them what the hell was going on here.
"i've been trying to get rid of them, but they speak selective english,"  i said to her.
"english?  we speak english,"  one of them said.
"really?  oh, great!  well, understand this.  this is HER wedding that you are crashing, which means this is a private event - which means you should split.  now."
they started leaving.
"and leave the damn diet coke!" shouted the bride after them.

now normally, i am not so much of an asshole that i post pics of people without permission, without a censor bar over their eyes.
but this time?  consider this just rewards, for being asshole wedding crashers.  take that, you fuckers! 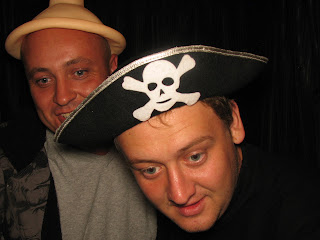 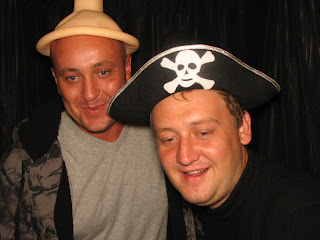 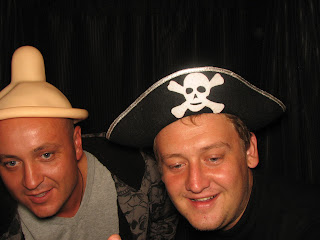 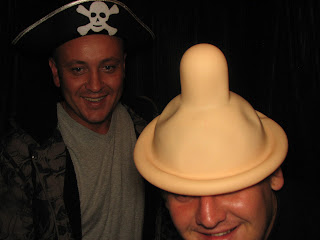 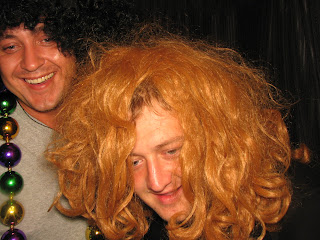 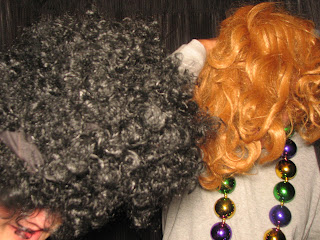 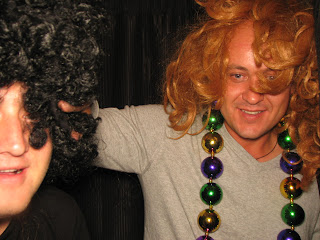 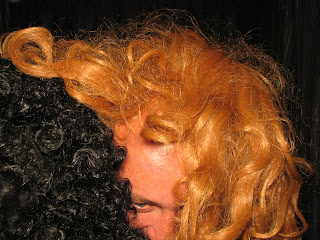 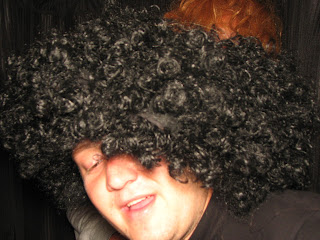 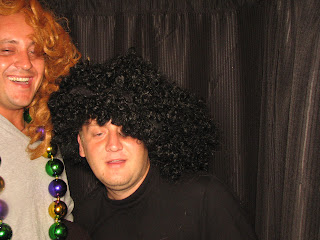 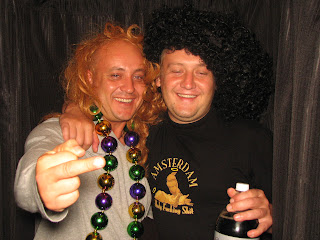 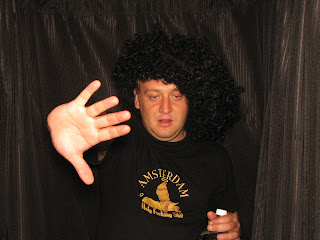 kids, don't do this.  after all, you don't want your drunken pictures plastered all over the internet, now do you?
Posted by Satan at 1:31 PM

Labels: being drunk is not an excuse, here's your public internet dickslap

I wasn't aware that wedding crashing was such a... real thing....

makes me want to try it though. Just to go schmooze. I wouldn't be drunk or a jack ass. I just wanna scope for chicas.

give me permission to pursue this? I won't have photos taken. I promise....