i have boycotted valentine's day for YEARS for general reasons, first and foremost being:  i fucking hate making a big deal of nothing.

and for most of those v-days, i was dating someone - but the only good valentines day i EVER remember having was in middle school, seventh grade - i had literally asked out a guy the night before at a party.
then next day, when i came home from school, he had stuck a heart box of truffles (my favorite, who KNOWS how he even knew) by the door.  granted, he lived 2 doors down, so this wasn't *quite* the most difficult thing ever.  but still!

and in all the many years after that, i can't remember a single valentines day that was memorable.

and then, i became single... and the boycott began in EARNEST.  i started wearing a "Singles Awareness Day" t-shirt.  yes, i was probably obnoxious.  no, i didn't mind that one bit!

and now, even though i've been in a relationship for a WHILE...
i still hate valentine's day.  i hate all the stupid crap that goes along with it.  i hate the expectations, the commercials, the stupid movies.... gaaahhhhhhhh.
i don't celebrate it at all.

but this year?  BRING IT.
because i pretty much have the BEST valentine ever, in the form of this: 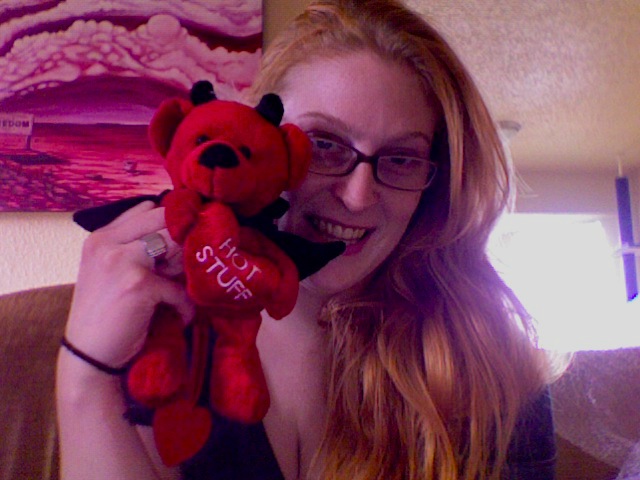 Ms. Snark FOUND ME A SATAN-BEAR.
i'm... officially in love.

and, just in case that wasn't enough? 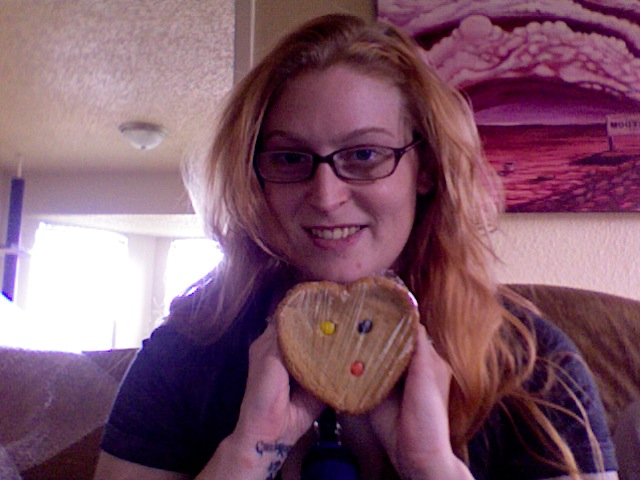