people feel compelled to give me insanely random things.

my awesome house, before i moved in approximately 3 weeks ago: 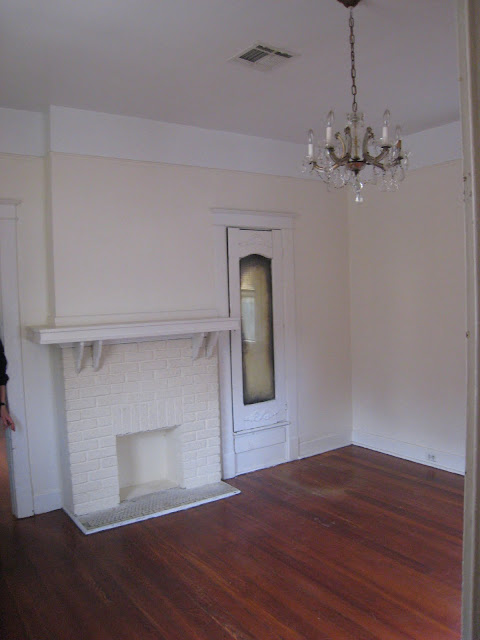 what happened, after i moved in all of the shit i just hauled ACROSS THE ENTIRE CONTINENTAL U.S.: 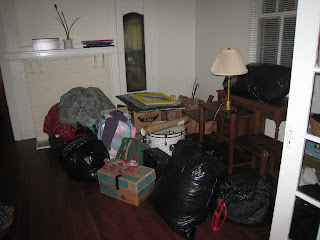 to say so mildly, i am a packrat. i also own rats. they are awesome. 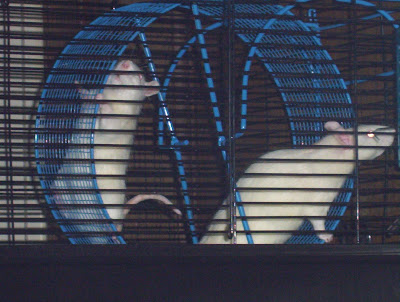 i call that one "two rats, one wheel." far more entertaining, believe me.

in spite of the fact that i have WAY MORE STUFF THAN A HUMAN BEING SHOULD REASONABLY OWN, people feel compelled to give me really weird stuff. they must. why else would i have been presented with the following things by one of my best friends the other night? all at THE SAME TIME? 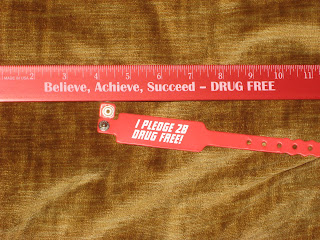 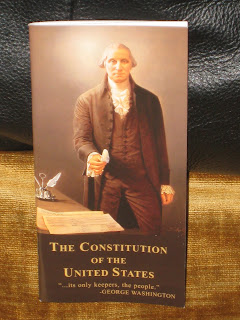 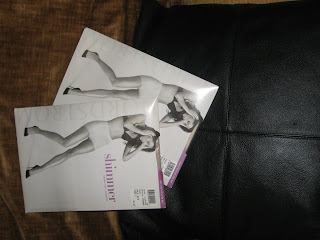 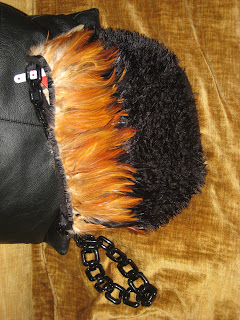 okay, a pocket-size booklet of the Constitution. patently everyone needs one of these. feathery purse...well, it is funny enough to make me smile at my corporate hell-job. stockings, fair enough. but look at the first one. look at it!!!

why would my wonderful best friend, who has known me through a LOT of things, give me something that says "drug-FREE???" (if anything, it should say, "give me free DRUGS.") i can only imagine what was going through her mind. probably something like, "hehehe, the irony.... THE IRONY!!!!!"

my dad is moving from one house to the next. a smaller house, which poses a significant problem. the man is even more of a packrat than i am ( i don't even know how it's possible), and he is an antiques dealer, to boot. which may explain the following things: 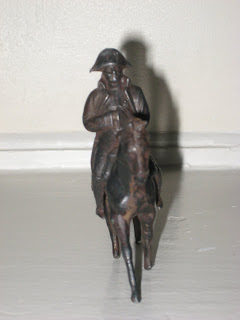 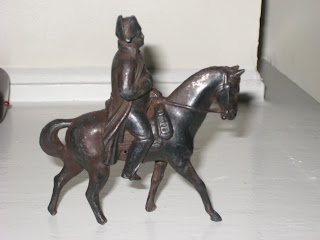 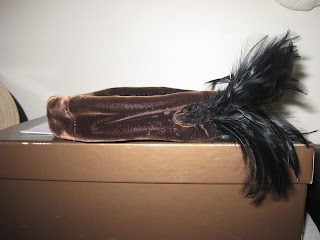 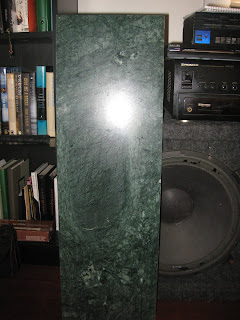 that would be a random chunk of marble which i'm currently using on my coffee table as the BIGGEST COASTER IN THE WORLD, an awesome velvet pillbox hat, and...? go ahead, guess.

if you guessed "small bronze of napoleon on a horse," you win a gold star.

there are more things, like six bags of velvet drapes, and also a rockin' lamp to put underneath an art piece, but who knows where the hell all that stuff is.

(by the way, all of the above stuff was given to me IN ONE DAY.)

so my mom's offering was not as strange, certainly: 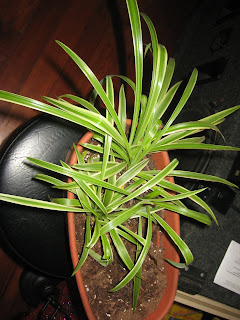 a plant, for the plant-killing daughter. i don't kill plants on purpose...it just happens. i love them. they evidently don't love me back. this one is a spider plant...we shall see. the last plant i had was a cactus...but my roommate Dave killed that.

the above friend in question, Mirror, is fond of strange presents. she gave me a small cabbage patch doll and an Ursula Le Guin book on tape for christmas, and i neither celebrate christmas, nor have a tape player. she is a strange creature: 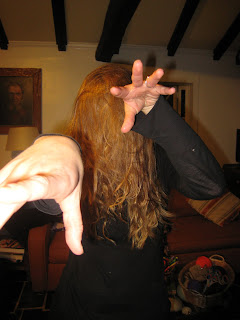 she also gave me these: 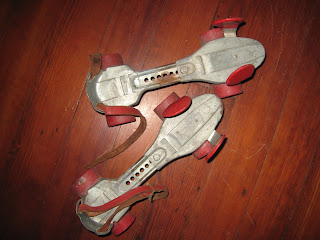 because everyone needs roller skates you can strap to your converse.

my dad is also prone to strange gifts from different countries. he goes to israel, and brings me this: 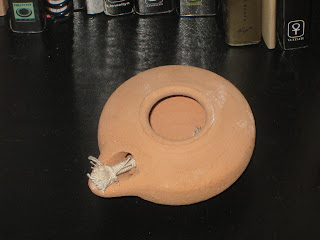 an oil lamp, really? what i want to know is, can i find oil to burn in it, and can i use the olive oil in my kitchen? (random experiment for later...check.)

then, there's the random things i buy myself: 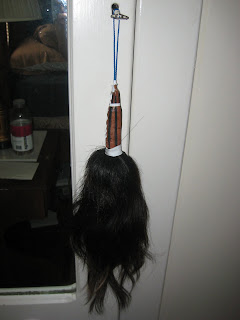 the guy who sold it to me said it was African (patently true, as he himself was also African), and it was for waving around to give good luck, for...well, something.

what i thought when i bought it (at a very reasonable price - it is made from horsehair, after all): BOYFRIEND SWATTER!!!!!!!!!!

now the boyfriend (that would be the Matt) lives in perpetual fear - not really - but it is a good threatening tool. see what i accomplished today! 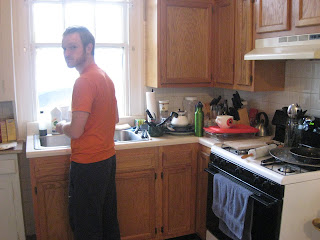 an actual Matt, doing the dishes! that was my productive moment for today. i feel proud.
Posted by Satan at 7:46 PM

Labels: i'm a packrat, strange things people feel compelled to give me, two rats one wheel