(WARNING:  most of this post is SOOO not funny.  not even remotely.  it maybe gets funnier later as you go on, but yeah.  if you don't come here for Discussions About Serious Stuff, you may want to just skip this one, and tune in later in the week for the funny.)  /end warning

i am reeealllly fucking high on lots and lots of drugs life right now.
just, be warned.

if you follow my twitter, you may know that i came to see my mom in Alabama for the weekend.  she lives in Fairhope.
that little article, should you read it, will give you a bit of an idea about my high school experience.  i'll say this:  we had a hell of a good band.  i was in it.
and most of my classmates were snotty upper middle class white-bread label-wearing bitches preppy.  the few of us who weren't any of the above, had a good time fucking with the rest of them.

the most interesting thing of all about Fairhope (& all of Mobile Bay, really) is Jubilee.   but i don't think that wikipedia explanation does it justice, because i've been to a Jubilee.  and the fish & crabs aren't "climbing onto stumps" or "coming into the shallow water" or whatever.  crabs, shrimp, and fish are LITERALLY FLINGING THEMSELVES onto the sand.  it's freaking awesome.  it's the cheapest seafood buffet you can ever find.  just bring a damn cooler. i digress.  high school memories and weird facts aside, i came here to my old stomping grounds, because i am trying (& of course, failing) to temporarily escape my life.

i don't usually talk about depressing or serious shit on this blog, because it is my humor blog.  so i want to be funny all the time.  problem is, sometimes i am not funny.  so i blip off the radar for a while.

i've probably mentioned somewhere in this blog, by this point, that i am BATSHIT INSANE, and i do mean literally, here.  with a diagnosis and all the crazy pills to go along with it. 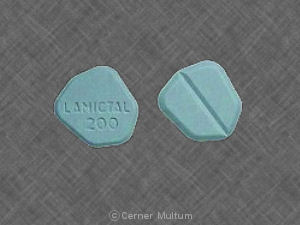 i have bipolar disorder.  a lot of people don't know what all that's about, so let me fill you in:  no fucking fun.  or sometimes, too much fucking fun, which can lead back to no fucking fun really quickly.

there are a few types of it.  bipolar 1 (usually characterized by a manic break, "a form of psychosis where the patient lapses into an alternate reality, one which is inconsistent with the real world"), and bipolar 2 are the main ones.
i have bipolar 2.  thus far.  we think.  sometimes my doctors and i disagree on this.  i'm also "special" and shit, because i am also  rapid cycling.
so basically, anything (and i do mean ANY LITTLE STUPID ASS THING) can make my day, or ruin my day.  or one or the other or both can happen like 4 times a day.  it is possible.  it happens.  and?
that's right:  it's no fucking fun.

well.  all that being said.  bipolar disorder already drastically affects my mood.  it's the nature of the disease.  so, imagine when someone who is already nucking futz (read: me) has to deal with some Really Awful Shit.  yeah.  fur goes flying.
the reason i am writing about all this crap, instead of being funny and shit, is because i have been the "i'm not sure i'm paying my rent this month" kind of broke lately.  i am depressed, as i think any normal person would be in this situation.
times that depression by bipolar times anxiety, and what do you get?  well, pitiful, for starters.  and unfunny.  and anxiety.
well fuck, just go read this.  i've posted about my issues with working in the club.  the last several posts on that blog are all about the same thing, really.  the idea and reality of working in the club is affecting me so badly that i'm genuinely getting anxiety attacks over it.

for the purpose of relaxing, and trying to take my mind off my life, which is feeling really fucking terrible right now, i came over here.  for starters, one of my best friends is back from a foreign country and i haven't seen her yet.
another reason to be here:  one of my lovely, lovely friends Anthony is loaning me money (he insists it's not a loan, it's a gift).
i love this man soo much, you don't even know.  he is my bestest sassy gay friend.  (only without the scarf.  nooo scarf. and more southern twang - i mean, a lot more.  the Original Southern Belle, no kidding.)
he has brought me through some of the worst times in my life, and the worst manic episodes, and the worst depressions.  he can always make me laugh, even if it's through tears, and even if i don't want to laugh.
of course, we've known each other forever, so i like to think i've brought him through some shit, too.

right now because of some stupid circumstances, he is living with his parents right now.  his parents don't really like me, for no good reason (to be fair, they don't seem to like him a whole lot either).  and they don't particularly condone our habit of hotboxing their backyard smoking, ahem, all the time.

it's midnight tonight, and after we've swallowed some awful ho, aka awful waffle (waffle house) like anacondas, we're out in the back yard, doing what we do.

now, this is a large suburban yard with a pool, boat parked in the back, blah blah.  (i mean, this may be rural-ish alabama, but it's not exactly the sticks.  more like snobby-artisty-upper crusty-types, grouped all together in a string along the eastern edge of the bay.  and there are tons of Summer Homes.  those guys.)
we're sitting on the concrete by the pool, trying to light the damn bowl in the wind, while waiting for his dad to Finally Go To Sleep, because he's bogarting the living room, so we can't sit on the outside porch chairs because *gasp!* he'll see us having a good time.
"this is ridiculous," i say.
"yeah.  i mean, it might have been okay when we were 19, 20..." says Anthony.
"it would have been okay in high school." i say.  "this is bullshit."

and eventually, we just start laughing, at everything. 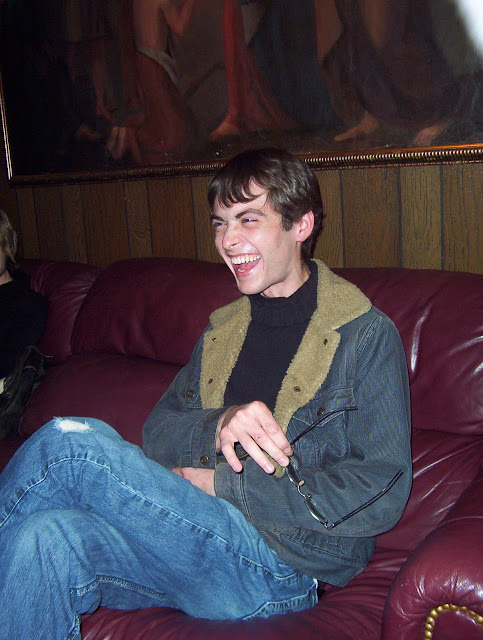 (what anthony looks like, while having a good laugh - you'd laugh along too.)

we laugh at his having to jump the fence (& land on the trailer hitch) to get inside his own back yard, my inability to be a "real" grownup and "get a real job" (if i had a fucking nickel for every time i've heard that, AS IF i don't want one...) and Pay My Fucking Bills, his mother trying to hide the tylenol like he'd overdose on it, the fact that we used to be doing the Same Fucking Thing six years ago - only we could chill at my house instead, i didn't have trouble paying rent back then, and his mother wasn't hiding the aspirin.

we're still contemplating, and smoking poolside:  pot, and his menthols, and the clove cigarettes that he bought for me; although i've officially quit years ago, i ignore that in times of stress. 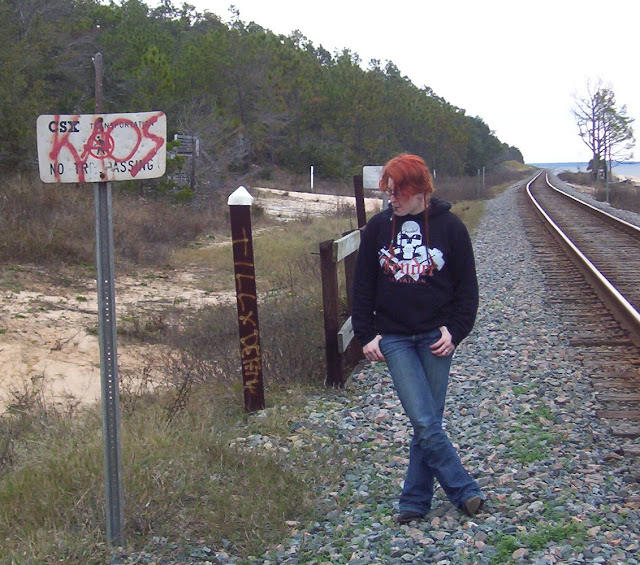 (back in my clove smoking days...)

"i feel like i'm regressing," he says.  "the more they treat me like i'm in high school, the more i'm acting like a stupid high schooler."

meanwhile his neighbors have dragged their surround sound system out to their shed, and they are watching Star Wars Episode One:  The Phantom Menace (and yes, we are dorks, and we Know This To Be A Fact) really, really loudly.  so our conversations about stupid shit and soul-deep shit have a soundtrack of light sabers, explosions, and Jar Jar.

"you know, you just gotta laugh at the bad things," Anthony says.  "otherwise you just feel worse."
and he's right. 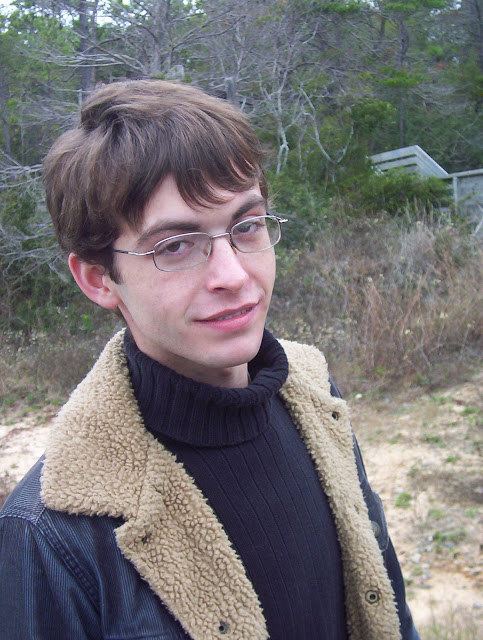 i love this man to death, and he knows it.  Anthony darling, i'd marry you, if we weren't two homos.
; ]

i leave you with this picture, which i hope will make my entire whiny post bearable, and give you a good laugh: 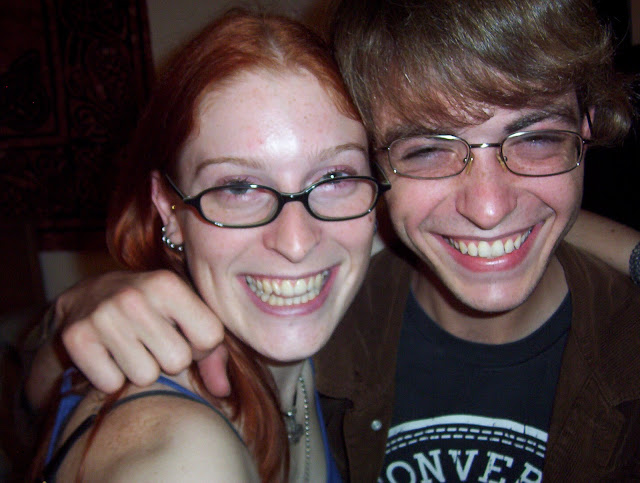 this here's a picture i found recently, of my Bestest Friend and me, circa 2006.
the caption i'd given it:
"how high is too high???  Fuck if we know!"

I am so glad you shared. you don't have to be funny all the time; you just have to be you. reading this side was something akin to lovely. dimensional.

as for the bipolar, I'm sure it's a beast. my ex suffered and he'd be good on his meds and figure he didn't need them, go off and, oh, try to run his motorcycle off a cliff. he did that so many time. vicious cycle. but it sounds like you're fighter and I know that you'll beat this bout of shit. because you're super smart and resilient.