my life is surreal.

not only have i been up AllFuckingNight for absolutely no reason in particular... no really - occasionally, for no reason whatsoever, i will be Not Tired and not sleep - but tonight/this morning has been WEEEEIIIIRRRDDDD.

and believe you me, i understand the difference between "too worried/manic/whatever to sleep" and just plain "i'm not sleepy, i'm hyper!"

tonight was just not a night for sleeping, evidently.  i did read 2 novels, and bore myself to death on the internet.
one of the more random things i do is look up a certain subject (probably because there was a link provided in something else i was already reading, or i wanted to know more about subject whatever), and then end up following links like alice down the proverbial rabbithole.

tonight was footbinding night(again...), because it was topical to the novels i was reading.  and even though i already know enough about the subject to choke a horse, i went and researched a few scholarly books about it (because i'm always up for educating myself, yo, no matter how smart i already am, heheh), and next thing you know, found myself following links all night.

which in turn, prompted me to think about just how often i do this.  it's pretty often.
and then of course, i notified the twitter.
yeah, i know, you have to read this backwards, from bottom, up.  just... deal.  but read it. 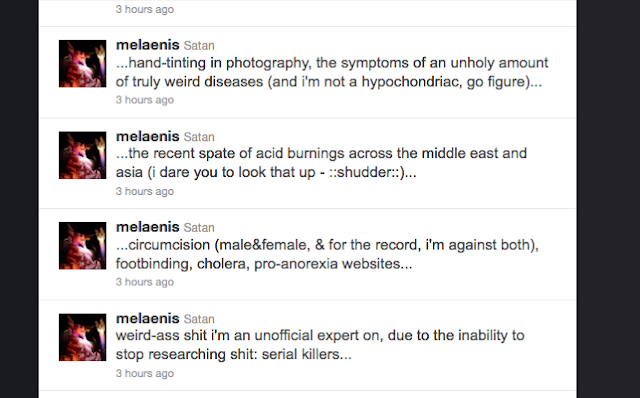 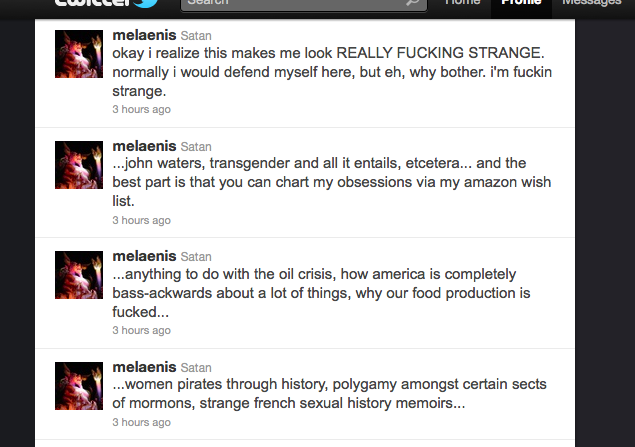 oh, and i forgot to mention in there the week or so i devoted to hauntings/ghosts in new orleans, alone.

do you see what i mean??

and then, lo, i go and check my inbox a few minutes ago, and i see
THIS:

i am starting to think that everyone that follows me on twitter is utterly fucking insane.  the last time this happened (a flood of new followers, that is) happened after all these went up: 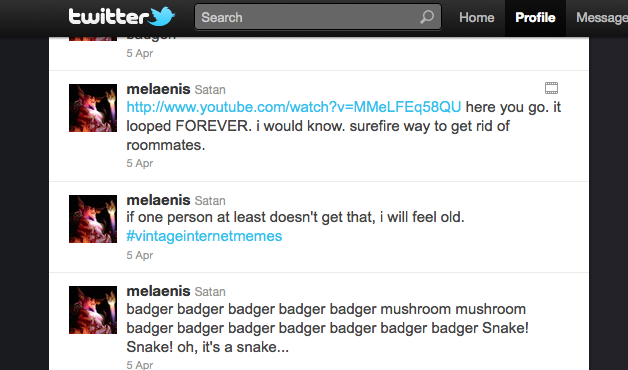 yeah.  seriously, if you want to really fuck with a roommate, leave that looped for a while, and watch the fur fly.

(keep reading from bottom up for all of these... you guys are smart, you'll get it) 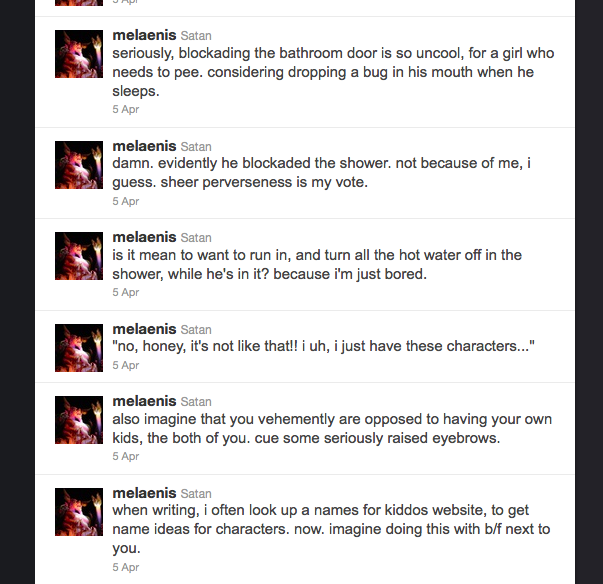 reeeally raised eyebrows.
also, i will probably not drop a bug in his mouth while he sleeps, but that's mostly because if i did, the bug would then be on my bed.  which is bad planning.

but by FAR, the twitterfest that has brought the most new followers to my page, is this one:

anyway, continue:  it gets worse from there.

like i said:  this exchange was what made people flock to my twitter.  wha?
i will now attempt to find that picture mentioned above.
yep.  here you go. 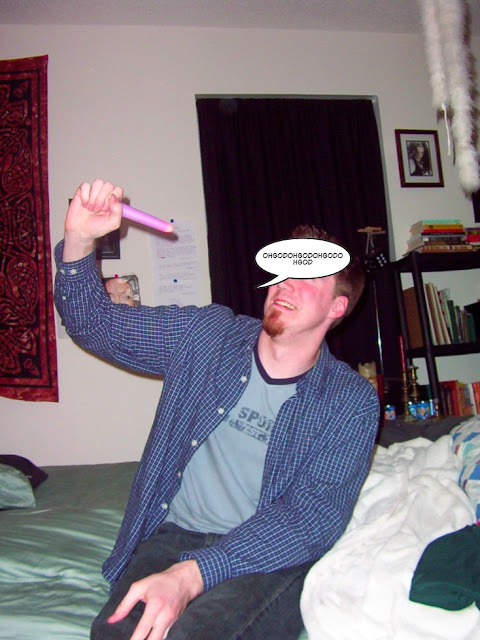 Labels: insomnia can suck it, this is all twitters fault

LMFAO you are so weird but so hilarious. I just found your blog through someone, dont remember who, but man your posts are something else haha