adventures in dubstep techno land, or why i'm not keen on monogamy, part 1 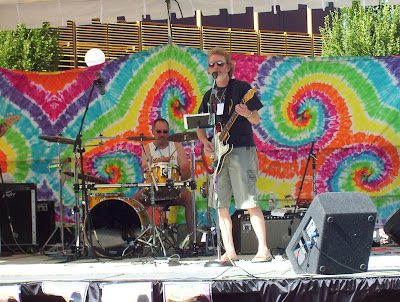 so this past summer (2009), i was embroiled in a music festival snarl, about which i'll talk a LOT more, all in good time.

for now, know this: i was part of a music festival, as in the planning/schmoozing musicians/camping out on other people's couches part of the festival, for OVER A MONTH.
learn from my mistakes; don't get involved in planning ANYTHING with hippies, unless they pay you. a lot. (and no, getting to go to the fest for free doesn't count.) it's sincerely like herding cats.

(don't look at me like that.) i was unemployed, and frankly, i didn't have anything better to do. and i did get to smoke other people's weed for free. so there.

(all of this nonsense also involved, in no particular order: getting hospitalized for dehydration, hacking blackberry brambles with a machete, moving festival locations in very short order, cleaning someone's house, and going a bit hungry, half the time. but like i said....more details on that later.)

some of the people we were dealing with, the FAR more sane ones, were the raver kids - not real kids, i don't mean, legal consenting adults, but seriously, if you look at a party of ravers dressed up in rainbow and fur and lollypops.... kids. kids for life.

my friend C (darling, i LOVE you for letting me experience all this crazy, but i will NEVER FORGIVE YOU for dragging me into this mess, and for the part where we slept in a tent in a CONCRETE PARKING LOT for a week. my back still hates you.) was good friends with some of the techno DJs that were putting on the DJ side of the music, so we spent a good deal of time over at their awesome house, where there was constant thumping beats from the time the first dj woke up, until the last fell asleep.

here, i found dubstep. and it was very, very good.

allow me to say here, that i'm not the hugest fan of techno. i like it, i always do, always have, but i loathe House for the most part, most mixes in gay clubs totally blow, and my exposure was pretty limited to prodigy and the crystal method, and the odd bit of daft punk, obviously.

so when i hit this house, it was a huge eye-opener. all of a sudden, i'm realizing that there are DIFFERENT genres of techno, holy shit! (no, i didn't really get that before - and while i was there, i enjoyed a treatise on all the different genres,and why they're different - sorry, never did grasp most of it - but at least now i can recognize dubstep and drum & bass and trance, go me!)

there's this amazing shit coming out of the speakers, and i want to dance, i HAVE to dance, i am totally dancing in their living room at 2 in the afternoon, and everyone is looking at me like i'm insane, and handing me a bong in the hopes i'll chill out and sit the fuck down. it didn't really work at the time. 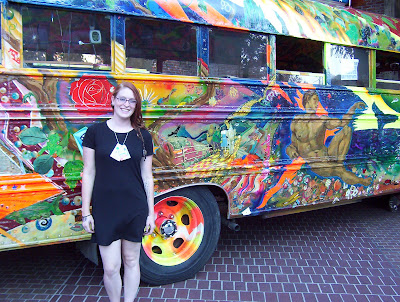 however, i must be in the mood for dance music, and this is definitely true when i'm tired and cranky. look, if you slept on people's floors and couches for a month, you would also be sleep-deprived, and really cranky, as i was. and most of the time, it was the floor.

now, i am prematurely old (due to inherited back problems, a really bad neck problem from a bad accident when i was a kid, a bit of scoliosis, the fact that i've not been to the chiropractor in a year, and the odd bit of stripping here and there over the past few years), so sleeping on the floor kills me.
the only time i got an actual couch, was over in techno land. which is awesome.... in theory.

the only problem is, when it's 4am and you really want to sleep (on your couch), and there's a dubstep dj (or 3) in the room... you're not going to sleep.
at all.
not even close.
you are, however, going to be the bitchiest person in the room, maybe. and complain to the people who live in the house so profusely that they offer you a spot in their bed, which they're not using at the moment anyway, since they are too busy dancing in the living room you were trying to sleep in. 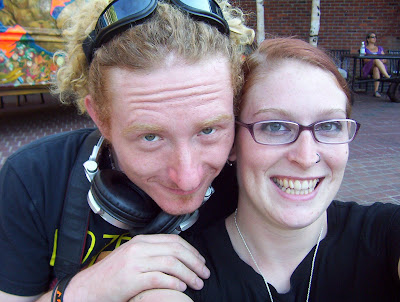 this little gambit may or may not get you laid. (ahem.)

this little gambit may or may not also guarantee you a spot in a bed, instead of a couch. (ahem.) 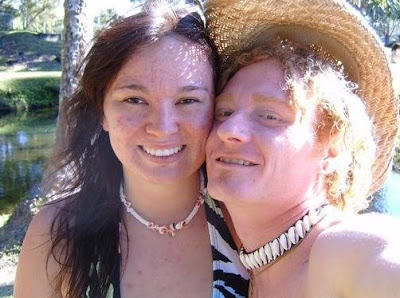