it's wednesday, i should have been to work three days in a row, by now.
instead, i got completely hammered on sunday, recovered on monday by doing absolutely nothing but lying on my couch, and reading and watching movies.

i also went out last night, in my new raver-kid hoodie, 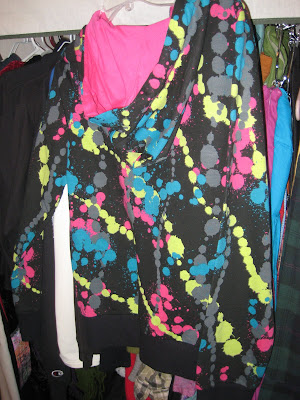 to a gay bar with some of my queer friends. we decided we were way too old for the crowd, which was around 18 - 20 mostly, although the drag king show was pretty good.

i spent all of today fucking around on the internet, hosting my own personal dubstep techno party, since the Matt is at work (being a bartender/server) and my downstairs neighbor is gone on a trip.....i see this as an excuse for very loud music late at night, yay!

this is the reason for all this not-being-at-work:

last wednesday: begin job. job is awesome. realize how over my head i am, in this environment, which gives me a lot of power. like, "executive administrative assistant," aka "i hold power over your invoices" power. FUN! i like being able to tell others what they're doing wrong on their paperwork. it invokes the nerdy copy-editor side of me. that, and i only have to tell them what they're fucking up, not fix it. whew!

last friday: bossman goes, "so, can you pass a drug test?" and i go, ::cough::, "Nofuckingway," and we have a slight, small problem. like the client having their panties in a wad, and wanting to test employees they don't technically employ. bossman, thankfully, doesn't give a shit.
i thank all the gods for the BEST BOSS EVER.

so, onto saturday: whereupon bossman calls, and says, "let's get drinks," and i say, "sure," since he's totally paying for said drinks.
whereupon i am informed, the client is a douchebag, and i won't be working for them anymore, since they got all uppity about a "rebel" (direct quote, y'all) working with their paperwork. so, awesome bossman is pulling me from that project, to work with another.
only catch: he'll be out of town for almost the rest of the entire month, leaving me to wonder: how the bloody hell am i supposed to pay my rent, in the meantime??

dilemma, y'all. but i take back every single bad thing i said about this job. i may have to pretend to be all corporate-y, but my boss is THE SHIT, which pretty makes up for everything. he went on this long diatribe about how shitty it is that people (especially in the south) are bigoted assholes, and i am so impressed.

this shit only happens to me.

so at any rate, i'm on hiatus, and able to kinda fuck off for part of the month, leaving me to wonder, what the hell am i supposed to do with all this free time??? keep in mind, i have NO money. none.

not even for April 20th celebratory awesomeness, which is part of the reason i am in this quandary.
(hell, i even told bossman i'd take out said nose ring, cry a bit about it, and take the damn test, if he could hold it off a bit... he said, "no, they're being bastards," and yanked me. ha, serves them right.)
at first, i thought i'd be missing all the April 20th celebratory awesomeness, which was a very, very saddening thought. however, now i'm good to go....if i had money. which there is none of. damnation!

part of the reason i'm so infernally broke is that i went shopping for work necessities, like black pants, and some other not-quite-so-necessary-but-i-really-wanted-it stuff, like below: 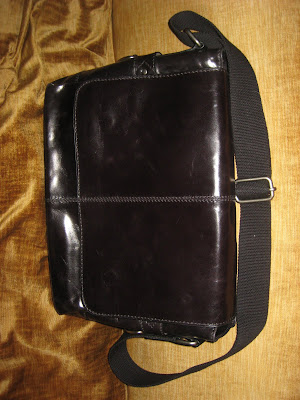 laptop bag. i straight REFUSE to carry some crappy looking computer bag, so i found one that has a cushioned space for a computer, but is also a messenger bag made of leather, making it look far more professional, and much more amazing, in general. not to mention matching all the other black things i wear. 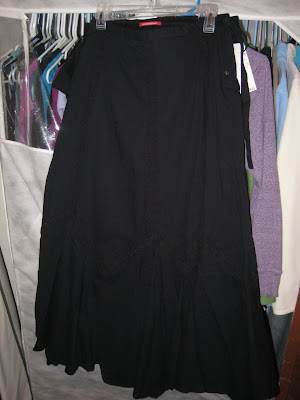 beautiful skirt, light cotton, great for summers, also looks like i'm not a total greasy hippie (which in the south, really, i am).

oh crap, i was drinking a beer, and totally forgot all about it. ::resumes drinking delicious homebrew::
for great homebrew recipies, the Matt will eventually be posting them, over at his blog.

i should be doing a lot of things right now, instead of being on the internet, wasting my time. well, not wasting, i am assuming the 4 people who read this will at least be decently amused. but...procrastinating. on things like my dinner, and this: 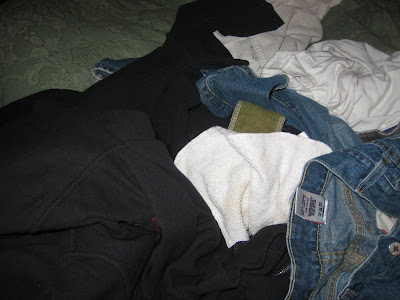 (the laundry that is living on the foot of my bed)
it'll all get done, eventually, right? maybe it'll even do itself.
Posted by Satan at 11:00 PM