i will freely admit to being a Mac aficionado and near-stalker.  i own 3 of their computers.  i have an ipod.  the ipod i got new, and all 3 computers are used.  the first two i didn't even pay for.  i was lucky on that, to have the right friends at the right times.
the third, the one i'm typing on now, i got for $350.

the funniest part is that i still have all 3 computers.  so we have six damn laptops under our roof - 2 that belong to the photobooth company, 1 P.C. (patooeey!) for Matt.... and my collection of 3.  best part?  all 3 of them still work.
my first was an iBook G3.  the old bulky white ones, circa 2001.  i got it for free because the university was going to get rid of it, and i had the right friend in the tech department.  i used that sucker for years.  it didn't have nearly enough anything - hard drive space, memory, etc - but it was my first, and i loved it so.
me being me, i collaged it. 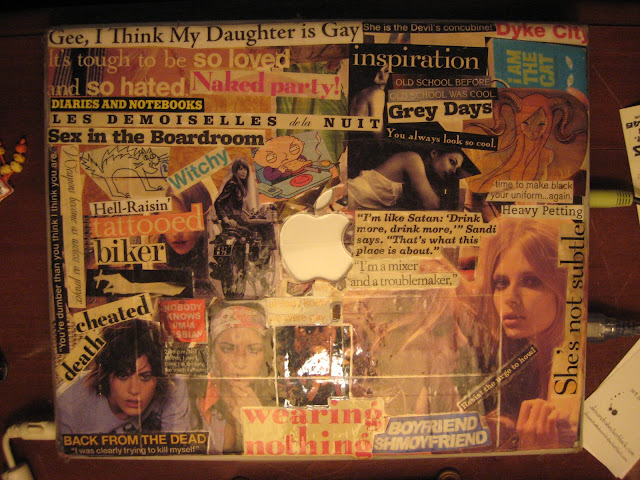 my second gifted laptop (much thanks and love to Todd, who is lovely) was a PowerBook G4.  it worked very well for me for a while.  unfortunately it developed a teeeenny tiny problem - it broke at both of the hinges.  that meant no actual lap topping.  i had to prop up the screen to use it.  which was fine, for a while.  but then the screen starting going out unpredictably.
never did get around to collaging it, unfortunately.  it does have a sticker. 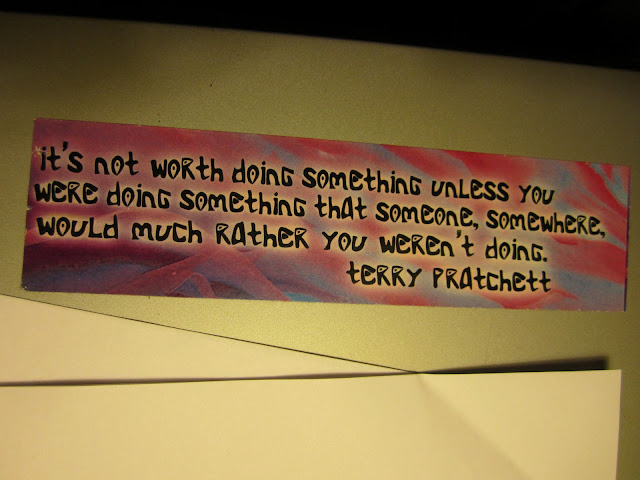 soooo i went on a search (aka asked my techbuddy and fellow mac lover if he knew anyone with an older model kicking around, and of course he did) and voila!
third laptop was mine.  it's a MacBook Pro, from 2006 or 2007.  it doesn't have the neato magnetic closure, but it has two finger scroll (which i oh-so-adore).
i also collaged the shit out of it.  because, of course.  it's what i fucking do. 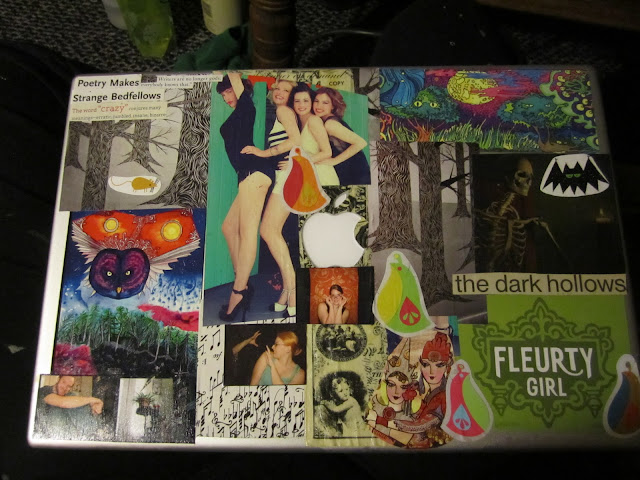 the interesting things about used computers is that they come with little quirks.  nothing that will make you utterly insane, but just, things that are...special.
for example, this fine laptop here has a non-functional DVD drive.  and weirdo applications i've never heard of and don't use, that are leftover from the original owner.  stuff like that.
it has its little issues - mostly a lack of hard drive space (trend...), and this weird thing with iTunes i can't figure out, for the life of me.  i think one of the speakers is cutting in and out, and it's got a few weird spots on the screen.

none of these things are the end of the world, of course.
but like any person who loves some classy electronics that are easy to use (because i am a technotard, let there be no mistake on that end), i want to have something nice.  brand new.
ahem.  glowingly awesome.

for example:
i want a new iPod.  not because the old one doesn't work, but because it won't hold all my music.  that, and my brother still doesn't have an mp3 player, and i'd like to donate mine to him once i get a newbie.

look at it.  looook at it!  mesmerizing.  really.

and just in case i didn't already have Mac Lust really really really bad...
they came out with the iPad.  which i will admit is somewhat unfortunately named, but i WANT WANT one.  for really no good reason, because i have a laptop which i could carry anywhere, but it's a bit heavy, and OMG iPad, it's light and portable and i could read my list of 4,000 blogs while randomly walking about, and it would fit in my purse.  so, plus.  and - bookreader!

what i really want, more than any of the above items, is the just-hit-the-shelves brand spanking new MacBook Pro.  it's fucking gorgeous.  and since i haven't bought a brand new computer since 2003 (for college, and it was a Dell *patooeey!* and not a laptop), i think i really deserve one.

of course, the problem is that i can't afford one.  and it's a steep problem.  because if i'm getting a new computer, i'm going all out.  i'm getting the most memory, biggest hard drive, etc.  i'm getting good programs, and i know that Macs last for-fucking-ever - after all, this computer is from 2006 and still kicking juuuust fine - know anyone with a P.C. (patooeey!) laptop that works well, that is from 2006??? i don't either.
the point of that tangent, is that i'd been spending a whole lot of money on what i want.  to the tune of nearly $3,200.
but it would be really, really nice.  not to mention top of the fucking line.

just in case all this MacLust wasn't enough, i actually applied to work at a Mac store near me, today.
for the record, their application process (all online, of course) is actually really easy to do, unlike some tediously, hideously long applications that ask you insane questions that have no right answers *coughBorderscough* and take forfuckingever and make you want to tear your hair out by the time you're done.
and i liked how they have a description for all of their jobs, and they say which openings they have, in which places.  i likey.

minions, i WILL work at Mac.  i am gonna will this fucking job into existence.  not for the discount (dear FSM, i hope they have a discount), but because i think i would seriously LOVE LOVE LOVE working there.  plus, know what else would be amazing?  being able to transfer to any city that has a Mac store.  i think that would be an utter WIN.

well.  now that i've bored you all stiff with my iDrool unholy obsession (you guys know what to buy me on my birthday this year, eh?), let's move on to other things.

last night, in a spectacular whirlwindy lack of judgment, i drank almost half a bottle of scotch.
now, this might kill a mere mortal.  however i'm irish and scottish, and i'm pretty sure this stuff runs in my veins, or there's a hereditary awesomeness that allows me to drink that much scotch, not throw up, and then wake up not wanting to die.  i. win.

granted, i can't do that with 95% of anything else alcoholic (i do pretty well with beer), but scotch has never gotten me into the type of trouble that say, 3 vodka drinks will. 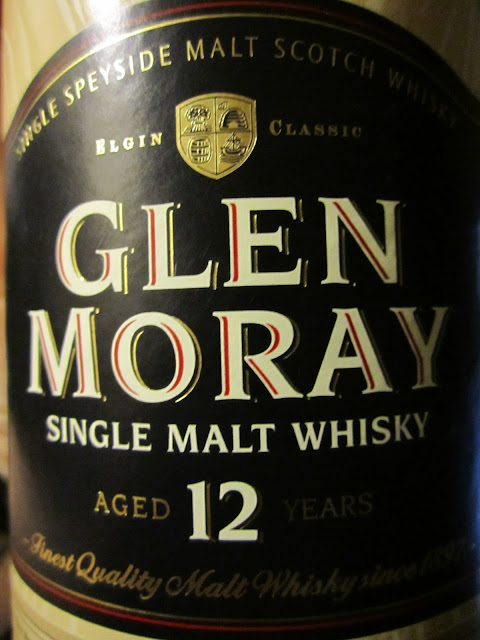 only single malts are worthy.

to be fair, i did NOT intend to inhale half the bottle.  i just started drinking.  and i did it slowly enough that i was drinking for some time, and yet not drunk.  by this time, i had poured myself another dram (at least i was classy enough to use a glass, and not drink from the bottle, eh?), i noticed that there was only about an inch or so in the bottle.  so i just poured that in my glass, too.

and about 1/4 of my way into that rather full glass, i realized just how drunk i was.  it was special.  the saga is captured on my twitter, kinda.  really, i should have been tweeting the entire time, it would have been epic.

in other dorky news, i spotted my first rose from my rosebush a few days ago.  this makes me happy for two reasons:  one, yayy, roses!!!  and two, i managed to not kill a plant.  i win!!

Labels: collaging, iDrool, scotch o'clock might be a bad idea

I'm an apple girl too! I'm dying for a new iPod (because mine is filling up) and iPhone and an iPad. gah! dying.