worked a gig tonight, at a crazy-ass venue! 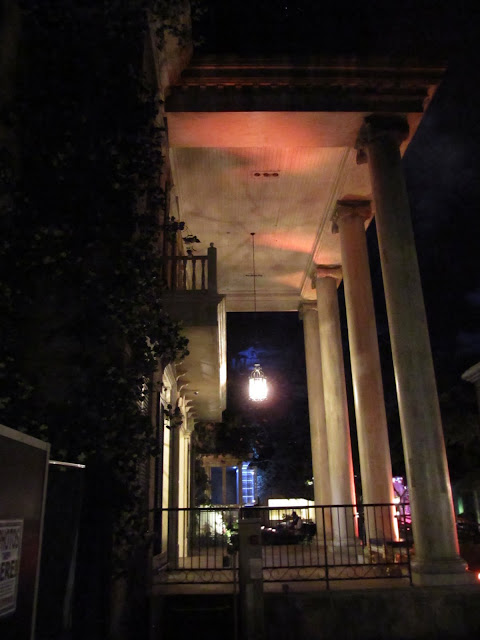 believe it or not... we're indoors. 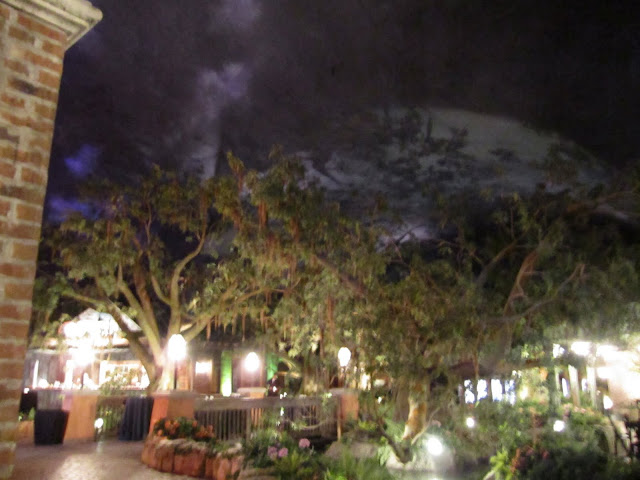 even the ceiling was painted with clouds. 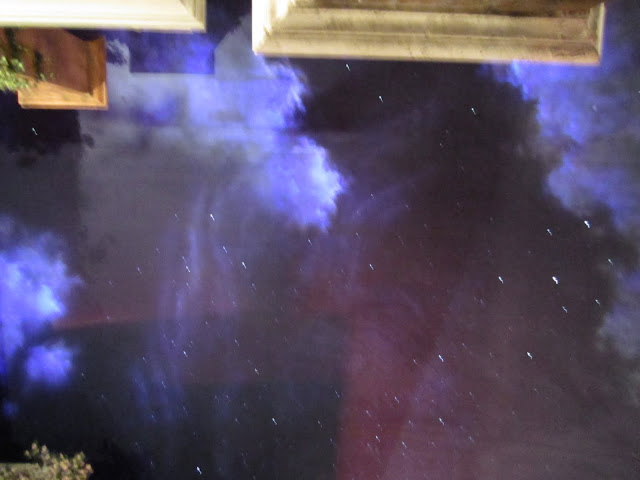 the stars even sparkled.  it was surreal.  if i didn't know i was inside, i would have thought it was outside for a while. 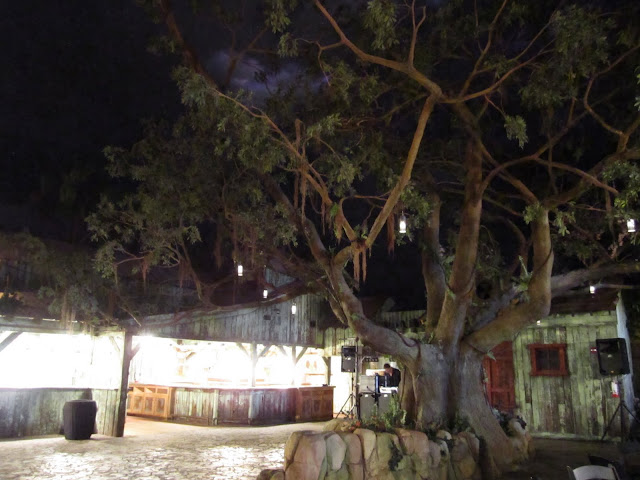 of course, the air conditioning gave it away. 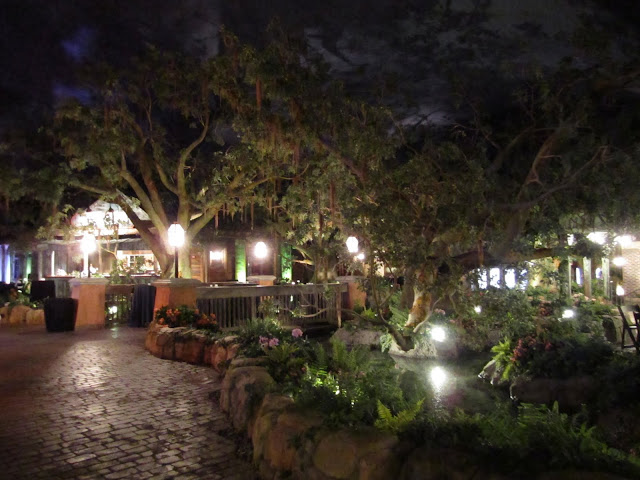 the trees were awesome.  not only did they look life-like, but they were sturdy - so sturdy, in fact, that you could climb on them. 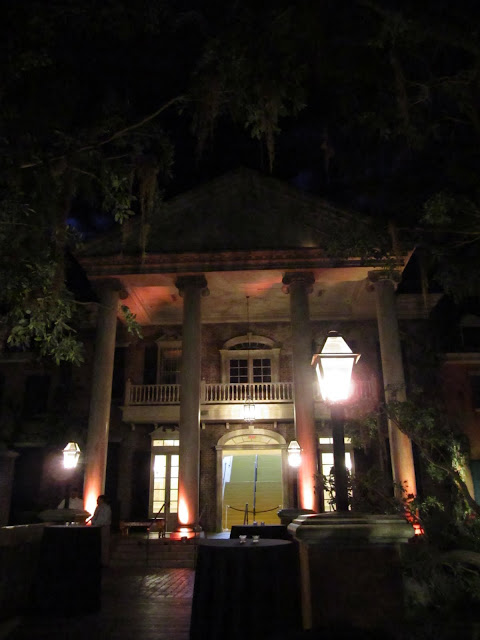 so that's how i spent my night - trying to figure out how they made an indoor space look so damn cool. 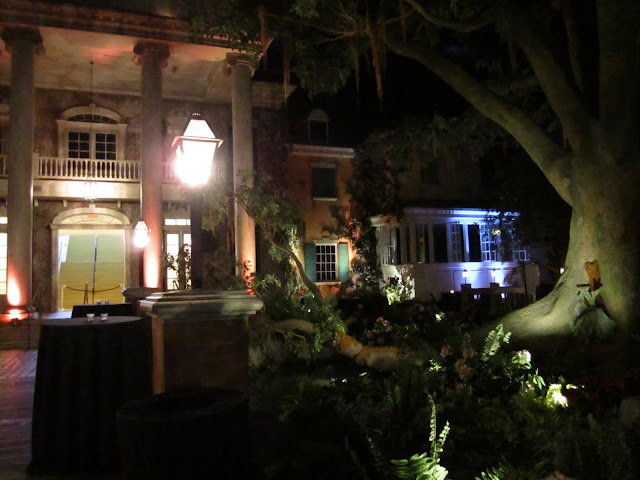 that, and deciding that the Matt and i should get similar tattoos - his would be a sperm with a circle and bar (with the word "sterilized" underneath), and mine would be an egg & sperm with a circle and bar.  i said we should put them right over our respective bushes.  that way we'd be VERY upfront about it...
(we really, really don't ever want to have kids.  we both plan on getting sterilized.)

this decided, after i got sick of the kids running around the place like little terrors.  see, there are nice kids, and there are kids that should be put on leashes.
just saying. 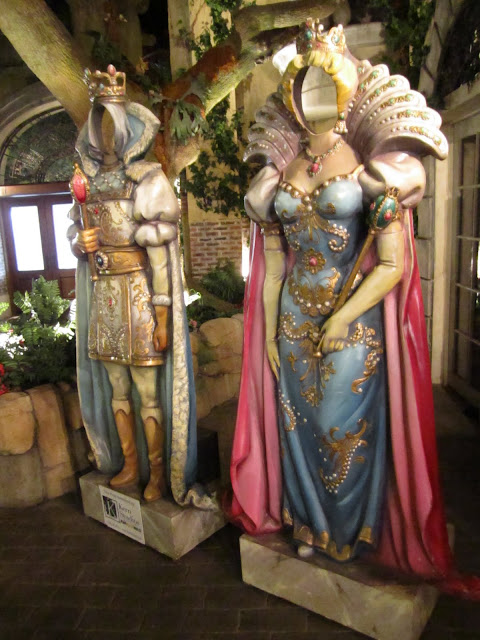 of course i had to get in these. 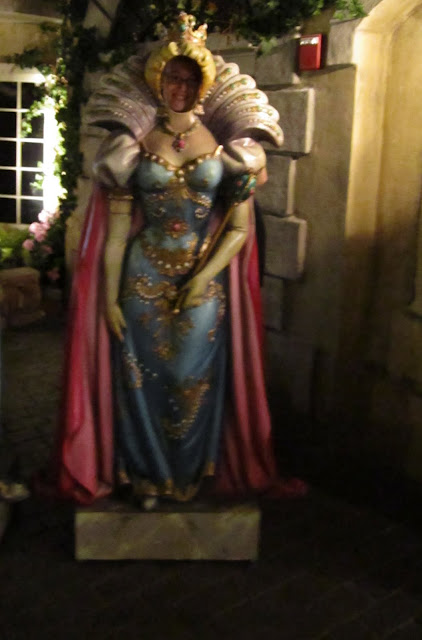 i'm queen, bitches!  Queen of Hell, that is. 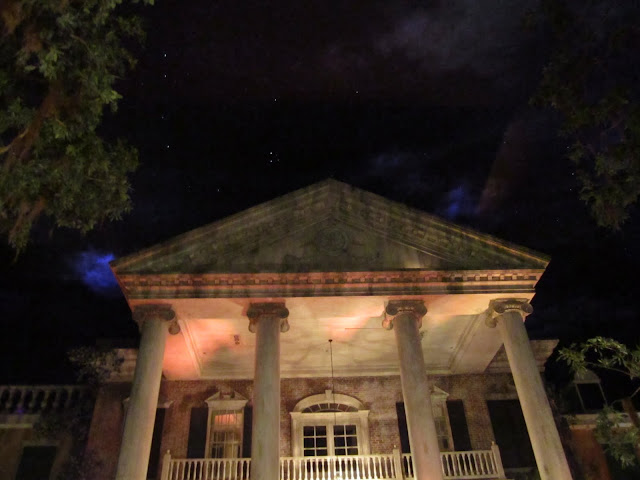 now this is a place worth throwing a party.  wealthy folks, listen up!  we all need to have a pre-Hell party here.  hey, the food is good.
plus you can imagine you're wondering around a plantation, without needing to step into the muggy 89 degree night weather.  it's a win-win.
Posted by Satan at 1:40 AM

Hell yeah the venue is awesome! I would so be there!

We had Wave Goodbye for Tulane's graduation there! It really was surreal, especially since my group showed up before anyone else. There was just a band playing to no one...and us.

What is this place indoors of? A zeppelin hangar? :{0

Wonderful! Fantastic!
Thanks for sharing, I enjoyed the visit.