people feel compelled to give me insanely random things, part 2: 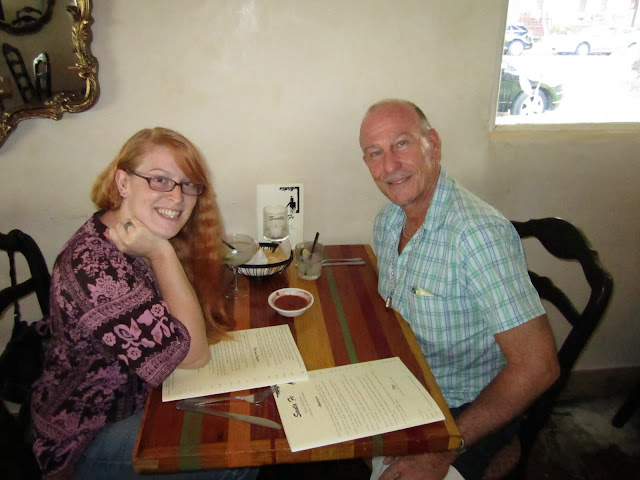 my dad and i, on one of our infamous happy-hour margaritas dinners...

this man is the instigator of most of the random things that i have ever received.  he delights in finding the most ridiculous things, and gifting them to me. 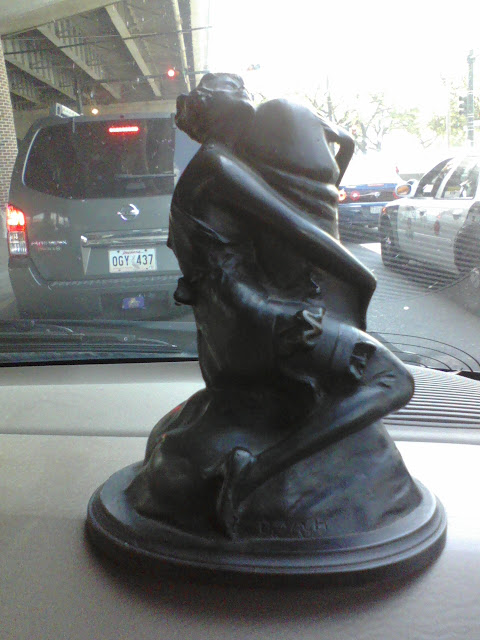 for example:  this statue. 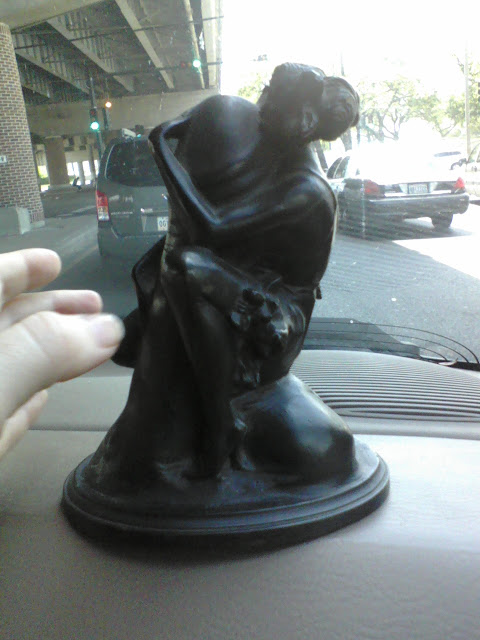 yes, that's exactly what you think it is.

to be fair, he didn't *give* this one to me, because he found a buyer for it.  (i only get the random things that don't sell, or things he picks out for me.)
but as soon as i got in the car, he delighted in pulling this little statue out for my approval.
i laughed SO. HARD. 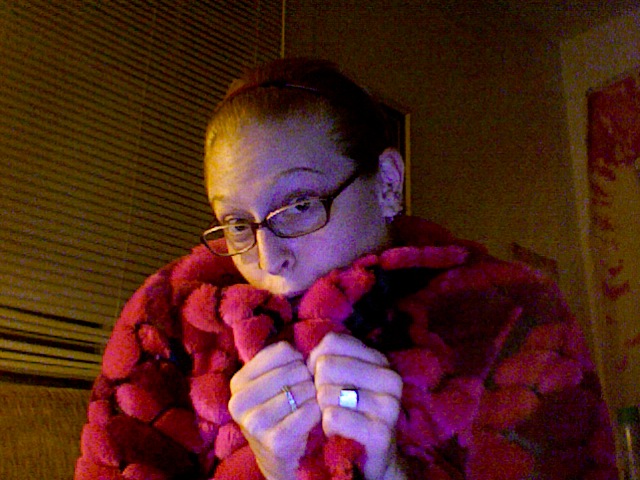 i have no idea why he decided a pink fake-fur coat was lacking in my wardrobe - but it isn't now.
i'm just waiting for some halloween costume idea so i can wear this in public without fear of answering 20 questions about why the hell i would wear that, for fuck's sake! 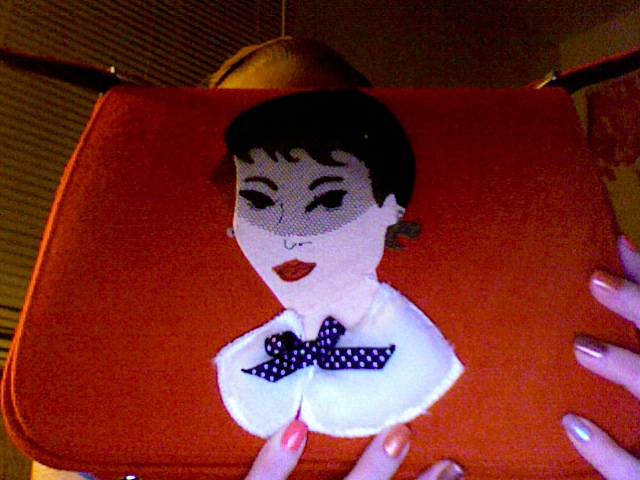 Audrey Hepburn purse?  i haz one. 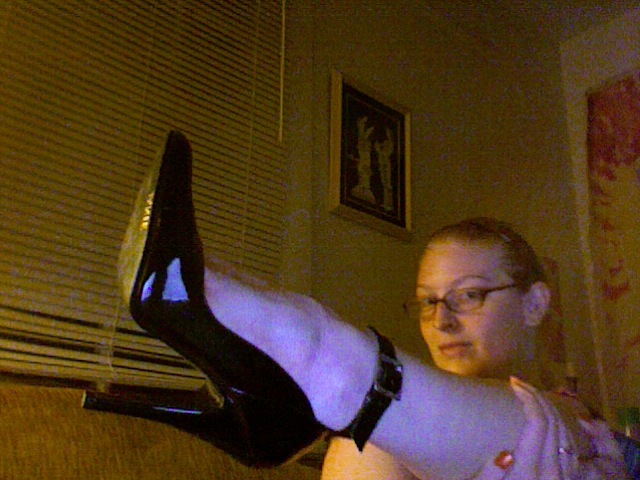 my dad was supportive of my stripper shoes, before i even became a stripper. 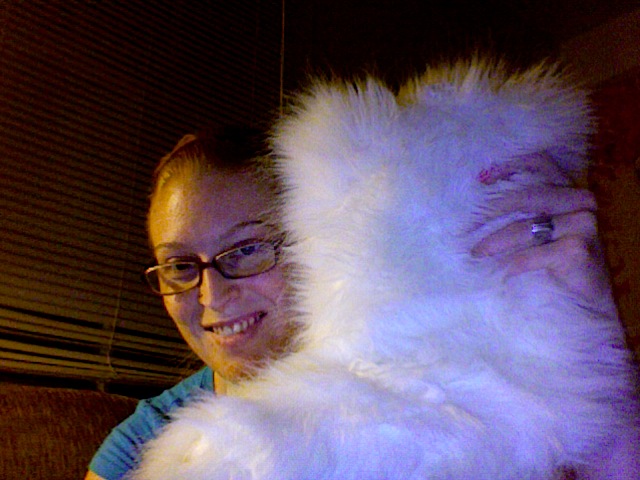 do you know what these are? 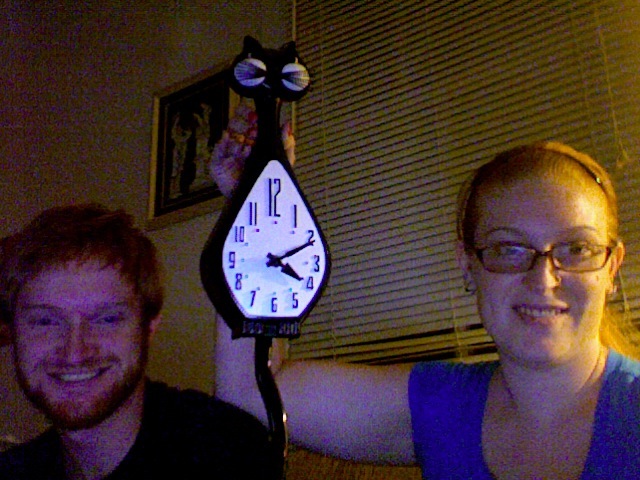 yes, the eyes open and shut, and the tail goes back & forth.  unfortunately it's now broken, so it's permanently stuck on 4:20.  oh, darn. 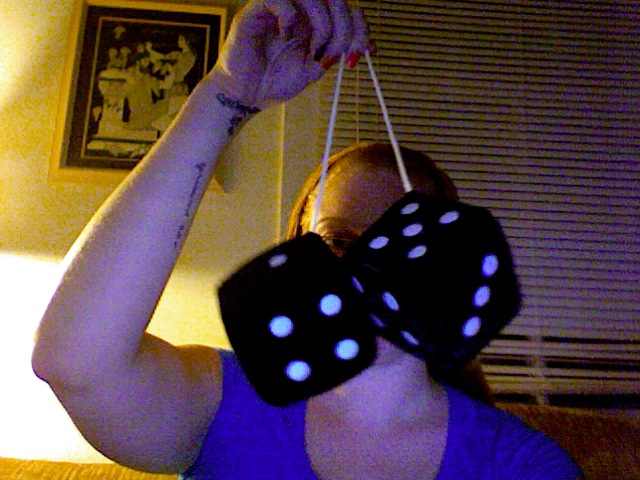 everyone needs a set of these for their car.  obviously! 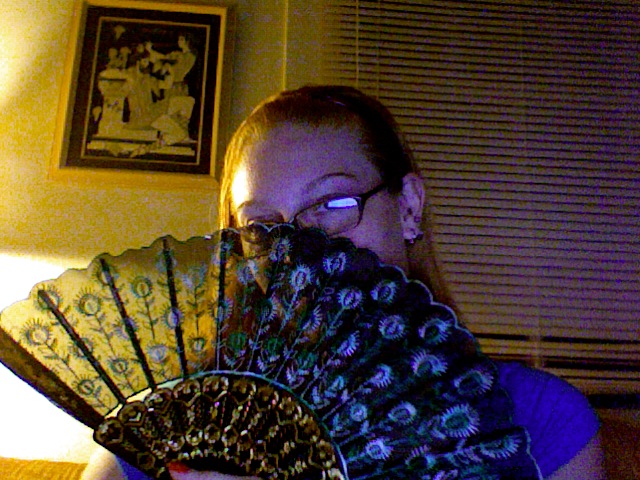 note to self:  fans are actually handy in the south.  maybe i should stick this in my purse or something... 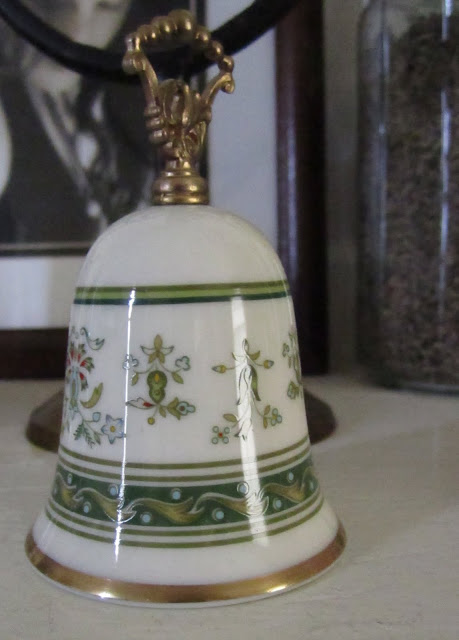 when i was a kid in my dad' antiques shop, i lusted after this bell.  don't know why, but i did.  eventually he gave it to me as a gift, just to shut me up, i imagine. 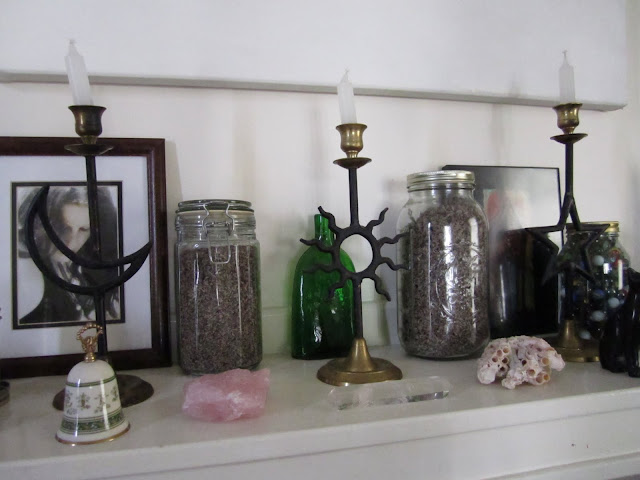 i made the mistake once of telling my dad i needed candlesticks...
he got me a sun, moon, and stars set. 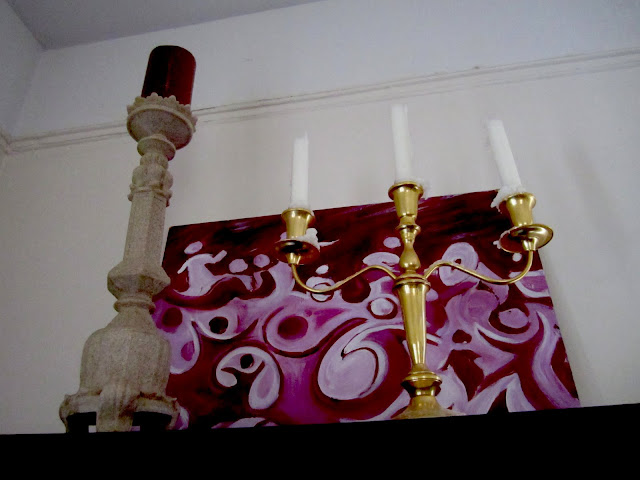 he also got me that behemoth, and a pair of those candelabras.  yeah.  so far, i think i've gotten about 8 candlesticks since that off-handed comment... 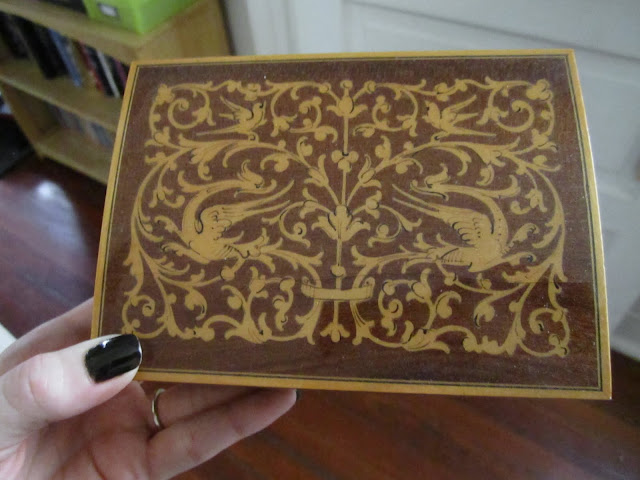 sometimes i get in the car, and i just get handed decorative things.  at least i can put jewelry in this!
which reminds me... 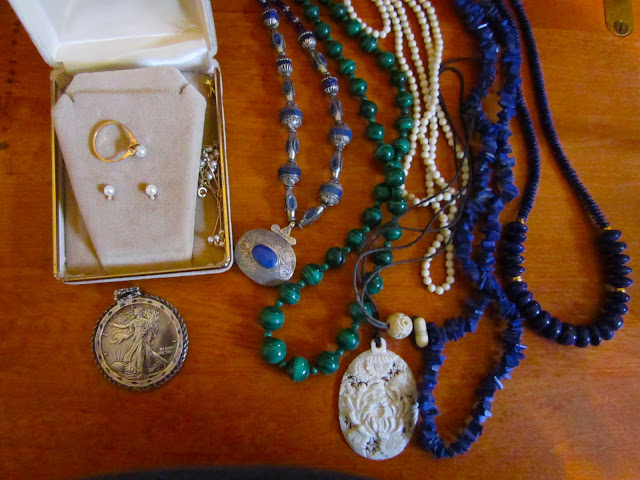 i often get no-reason-whatsoever jewelry.  not that i'm complaining!  but some of these items, i have no idea why he thought of me... a bone medallion, a silver liberty dollar medallion... and i don't know where the idea for the pearl set came from.  no.  idea.
but i can almost guarantee that i have the most interesting jewelry out of anyone i know.
the malachite and lapis necklaces are both vintage art deco.  win! 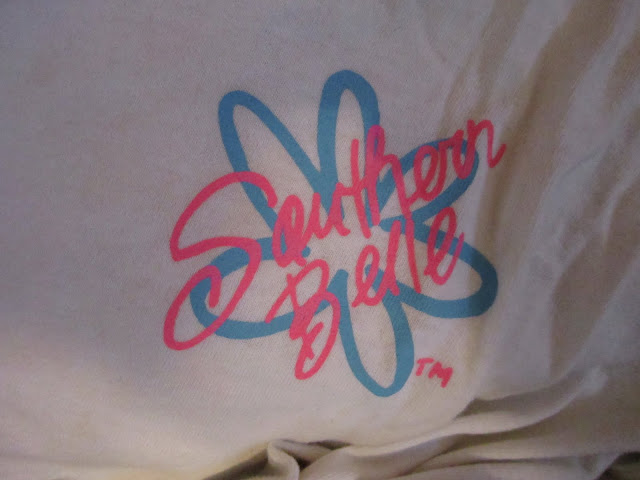 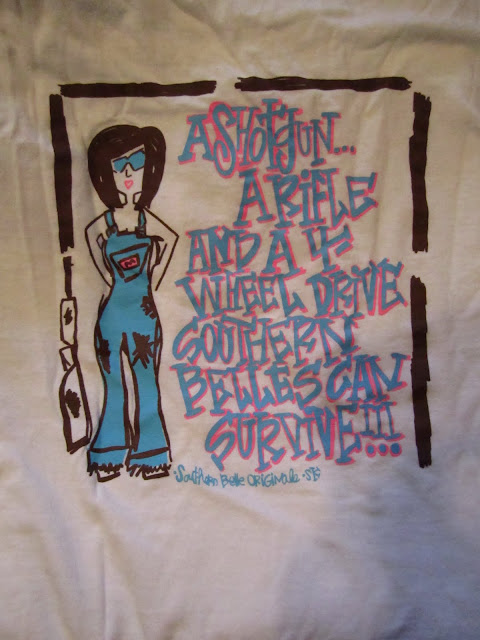 i don't even know what the fuck he was thinking here.  i SOOO don't own any of those items.  he doesn't either. 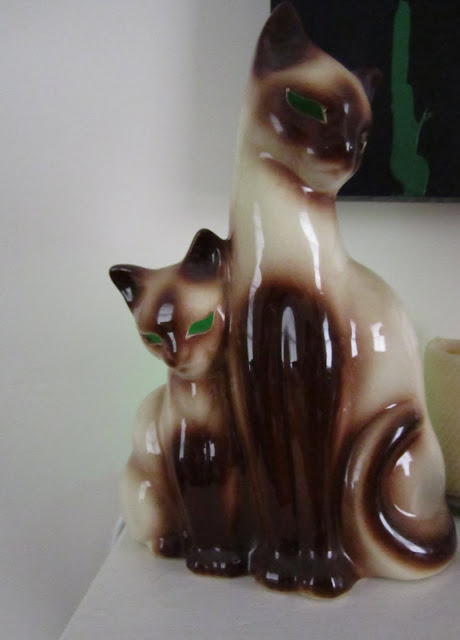 i love, love, love this one!  a sixties siamese cat lamp with light-up eyes?  YES! 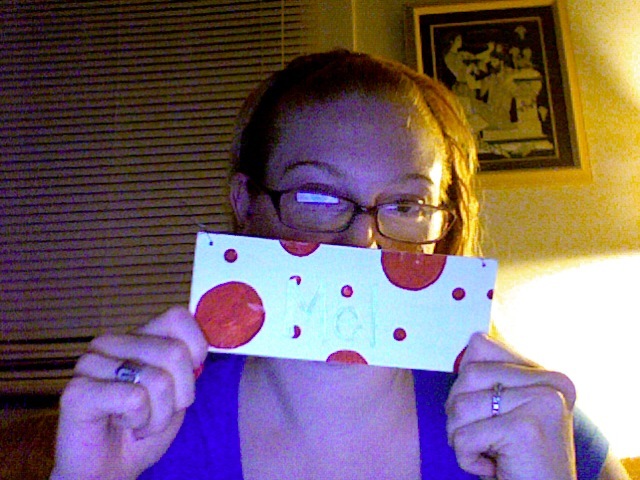 here's where we depart from my dad's offerings, and go elsewhere.
my dorm RA from when i was a freshman, made these signs for each and every single one of us on her hall.  it has my name on it.  i don't know what she thought we were going to do with them... 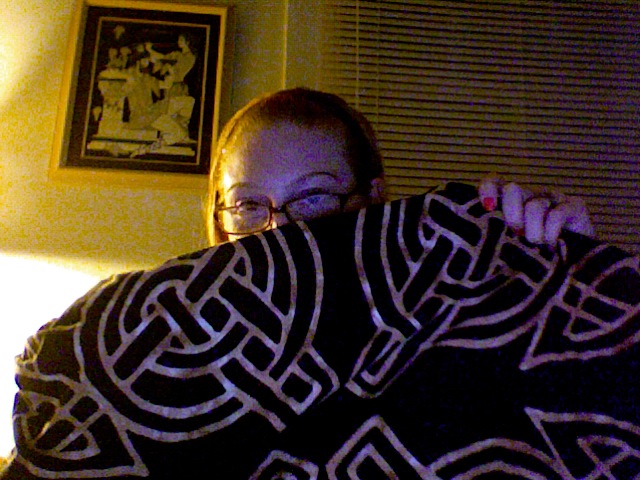 i've had this tapestry ever since Anthony gave it to me Back In The Day... i lost it for a few years in all of my boxes, but LOOK i found it, love!  finally... 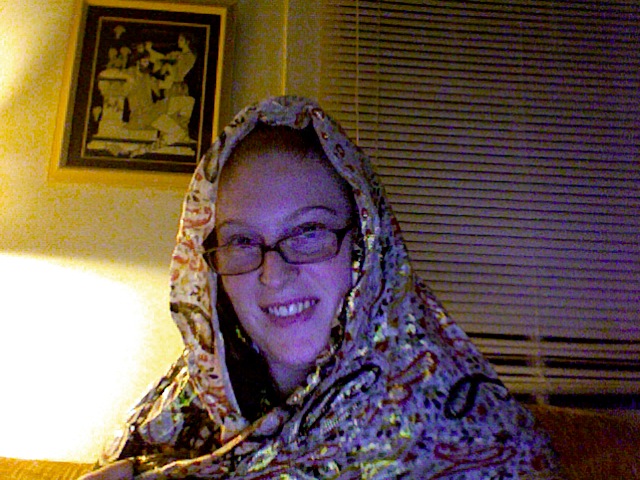 a shawl from India, for no reason, from one of my former teachers?  Alrighty then. 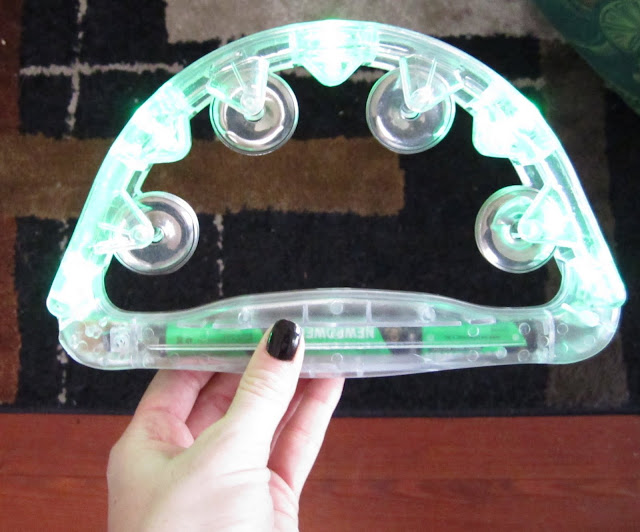 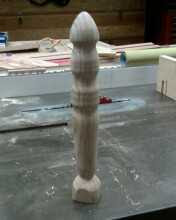 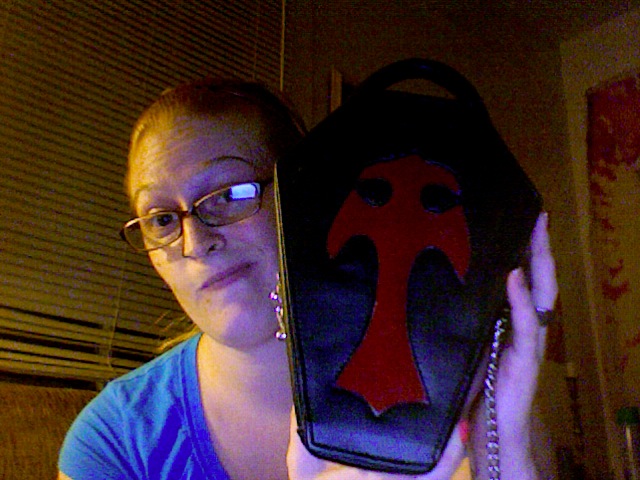 proof that i used to be a Goth:  one of my exes gifted me this coffin purse.  i have absolutely no need for this.  sooo, if anyone is looking for a nice coffin purse... hit me up.


i'm not even immune from strange gifts from Matt.  he has impeccable taste, of course, and i always love them, but they're certainly off the beaten path.

for example, i'll ask for a new photo album, or seasons of Dexter, or books...

and i'll get supplies to make mead.  or an orange tree, and a swinging bench.  or a digital recorder.

at least people are always thinking of me!

Labels: you got me a what